This is a pleasant surprise for us Windows Phone 7 users. Flickr has announced an upcoming app for Windows 7 and Windows Phone 7 that easily puts the iPhone version and the non-existent iPad version to shame. It makes great use of panoramic UI, home screen tiles and the interactive UX of Windows Phone 7 which just can’t be matched by any other platform out there at the moment. We just hope the performance is on par with the native apps in Windows Phone 7. 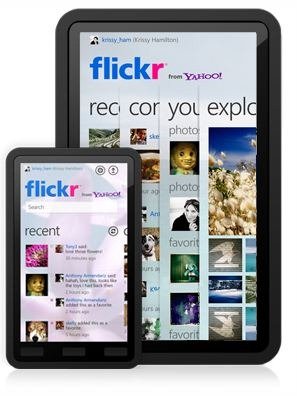 While we’re not sure which Windows 7 Tablet this app is targeted towards but a few of them including convertible tablets have been announced at CES this year. With such an immersive and beautiful UI, I might try this on my trusty old HP TX2 tablet too!