Talk about timing. Just when Apple announced that they’ll be launching a Mac App Store, Microsoft has unveiled Windows Product Scout which is sort of a half-baked App Store. Not only does it let you search cool applications but also some useful hardware that should work well with Windows 7. I actually found a few applications for Windows Touch which I was previously unaware of, thanks to this useful website. 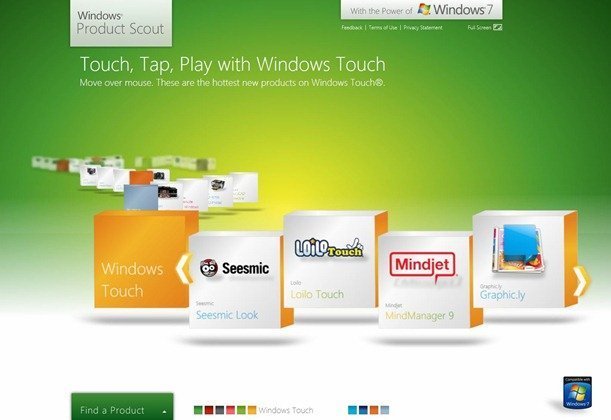 Windows Product Scout is a flashy Silverlight web app that lets you explore different categories of software and hardware for Windows 7. It doesn’t make it easier to navigate in the default view but filters can be applied to improve the experience. A user can drill down to different categories of apps, just like in the iOS App Store, to discover and download apps or even buy hardware. Strangely, Microsoft’s own Facebook apps (Fishbowl and Facebook Silverlight App) are missing from the social networking category. 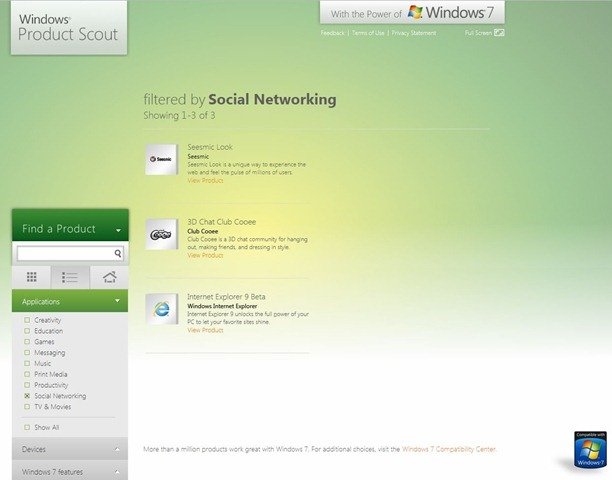 Probably one of the most useful categories I came across during my usage of Windows Product Scout has been Windows Touch: 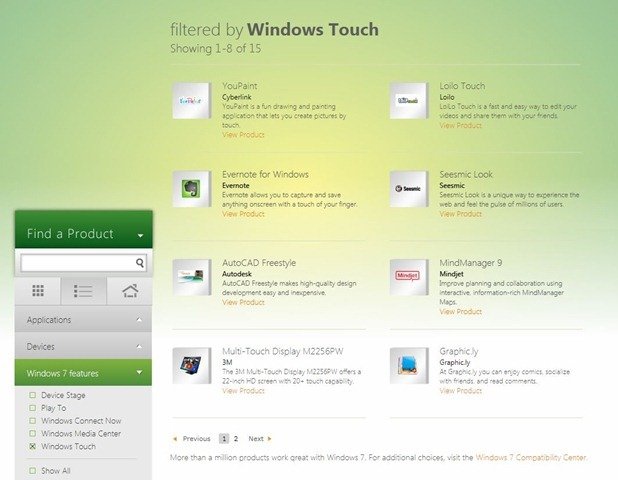 This isn’t just a showcase of products for Windows 7. Microsoft has hosted third party apps on their own servers. All the typical ingredients of an App Store are available here: product details, screenshots, related products, product reviews and of course publisher information and downloads. 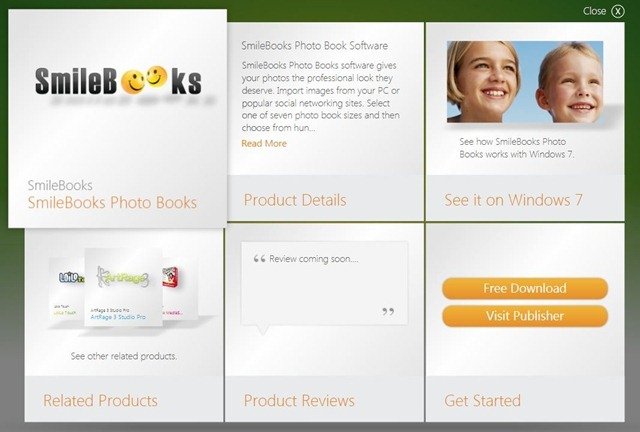 Downloads for both 32 and 64-bit versions of each app have been provided along with the usual system requirements, version details etc. The download button starts the download and doesn’t just redirect you to the publisher’s website. You get the picture. This is an App Store. 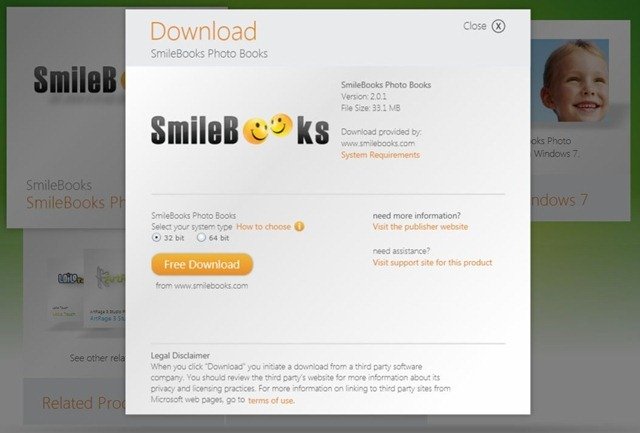 Now for what I don’t like about this. A lot of stuff is missing which is why I say this is a half-baked App Store. You can’t run it on your desktop even though you should be able to since it’s a Silverlight app. The default UI is too flashy and the font rendering is horrible, to put it mildly. Just like most products, Microsoft hasn’t really given a 100% to this website which I hope they would. I don’t know whether this is something serious for them, but it could be way more useful for consumers if Microsoft tries. Until Windows 8 is out of the doors with hopefully a built-in App Store, this would do the trick.

Before you start thinking that Microsoft ripped off another feature from Apple, let me give you a little background on this: one of the first real ‘app stores’ for desktops was actually included in Linux. If you’ve used Ubuntu, you would know that. Even Jolicloud and the likes include App Stores for, weirdly, web apps. To add to the pile, Microsoft’s leaked documents for Windows 8, covered extensively by Manan, showed that Microsoft is looking to create an App Store for their next OS. Apple isn’t first to this game or pulled out some innovative idea from Jobs’ hat is what I’m trying to say.