While Apple’s CarPlay is available for many car infotainment systems, it has never been allowed to run on a Tesla’s in-car display. However, a Tesla Model 3 owner used a Tesla’s built-in web browser and a custom Android build to implement Apple CarPlay in his vehicle. 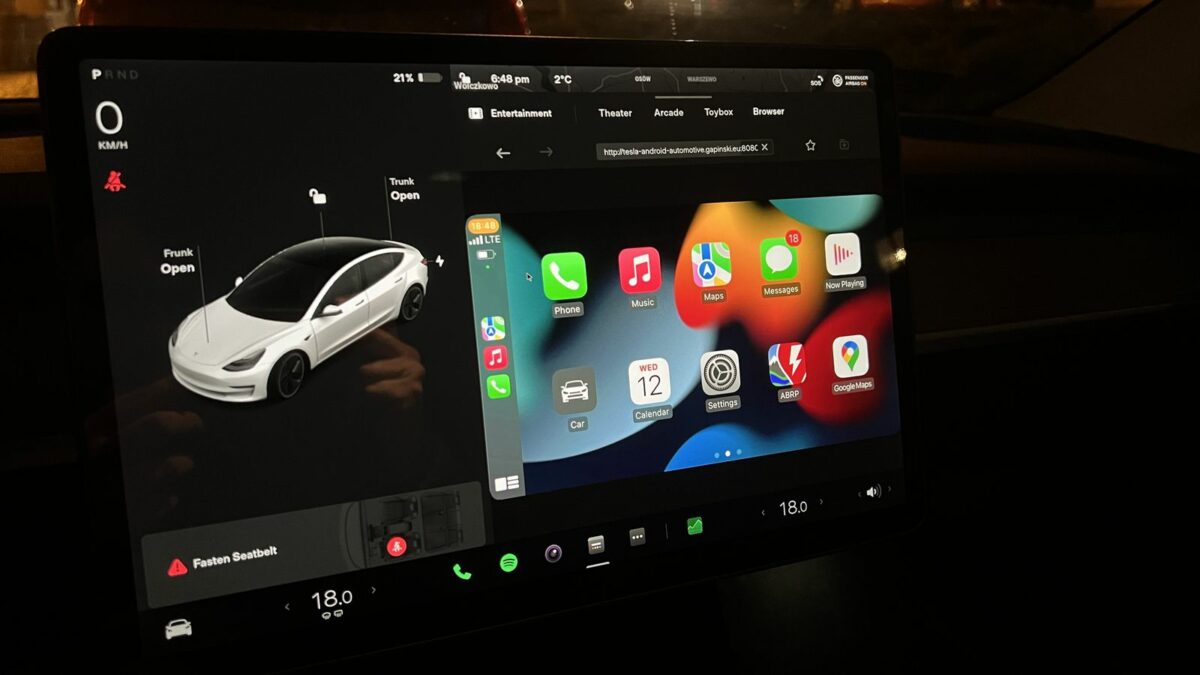 Tesla has no plans to implement Apple ‌CarPlay‌ in its vehicles, but this developer found a workaround

As reported by Tesla North, Polish developer Michał Gapiński created a hack to run Apple CarPlay in his Tesla. Using a Rasberry Pi and the car’s browser, Gapiński was able to access a fully-functional version of the Apple Standard and shared the result on Twitter.

The system does not require any changes to be made to the hardware of the Tesla, instead, it works by using a Raspberry Pi with an LTE modem and a Wi-Fi access point. The vehicle’s built-in browser is then used to connect to the Raspberry Pi and display the ‌CarPlay‌ interface on the 15-inch center-mounted touch screen. All apps work as expected and can even be controlled using the car’s steering wheel buttons.

Steering wheel controls + current state of #teslaCarPlay on video. Next step is to improve Wi-Fi connection, the stream is 2x smoother when viewed on my laptop pic.twitter.com/0wFFUQQPkx

Even though the workaround looks easy, the system is not perfect or reliable. Gapiński is still tweaking things like Wi-Fi performance and he told Tesla North that the project is still in its early stages but he plans on releasing it to the public “when it’s polished”.

Apple’s CarPlay mirrors what’s on your iPhone to the vehicle, either through a USB connection or wirelessly. The standard is provided by the Cupertino tech giant to automobile manufacturers for free and most have used the software. While Tesla might offer support for Apple Music in the future since it supports other music services such as Tidal and Spotify, CarPlay in a Tesla is not likely to happen since the company prefers to use its own interface.

Apple and Tesla seem to be in a long-running feud. Both companies have poached engineers from each other over the years. Tesla CEO Elon Musk and Apple CEO Tim Cook have also taken jabs at each other.

At Tesla’s earnings call, CEO Elon Musk went after Apple for its control over the App Store and use of Cobalt in its batteries. In 2020, it was also revealed that Musk wanted to sell Tesla to Apple when the company was on the verge of bankruptcy but Cook refused to even meet him to discuss a possible acquisition.