As of the writing of this post, the Apple Developer Website is down and has Apple’s famous yellow sticky to let us know. However, before Apple was able to take the site down, several spy eyes were able to see a new version of OSX Lion posted, 10.7.2. 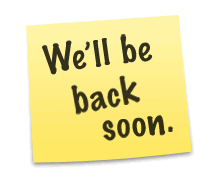 Now it leaves to speculation as to what happened to 10.7.1. There are a few options:

2. 10.7.1 is a Bugfix that will be released in the next couple of weeks. 10.6.1 for Snow Leopard was released less than 2 weeks after Snow Leopard hit the store shelves.

3. 10.7.2 is the actual build being seeded to developers and Apple is now updating their site again.

We’ll have to wait and see what Apple does from here, once the site comes back up.