Apple entered the health and fitness industry with the launch of the Fitness+ home workout subscription service in December 2020. As an Apple Watch service, the app is integrated across Apple’s devices to show users metrics on small or large screens. Apple’s chief operating officer, Jeff Williams said,

“We’re excited for Fitness+ to uniquely bring together great music, trainers, and the metrics from your Apple Watch—everything you need in a really simple, easy-to-access way with a goal of helping people exercise more.” 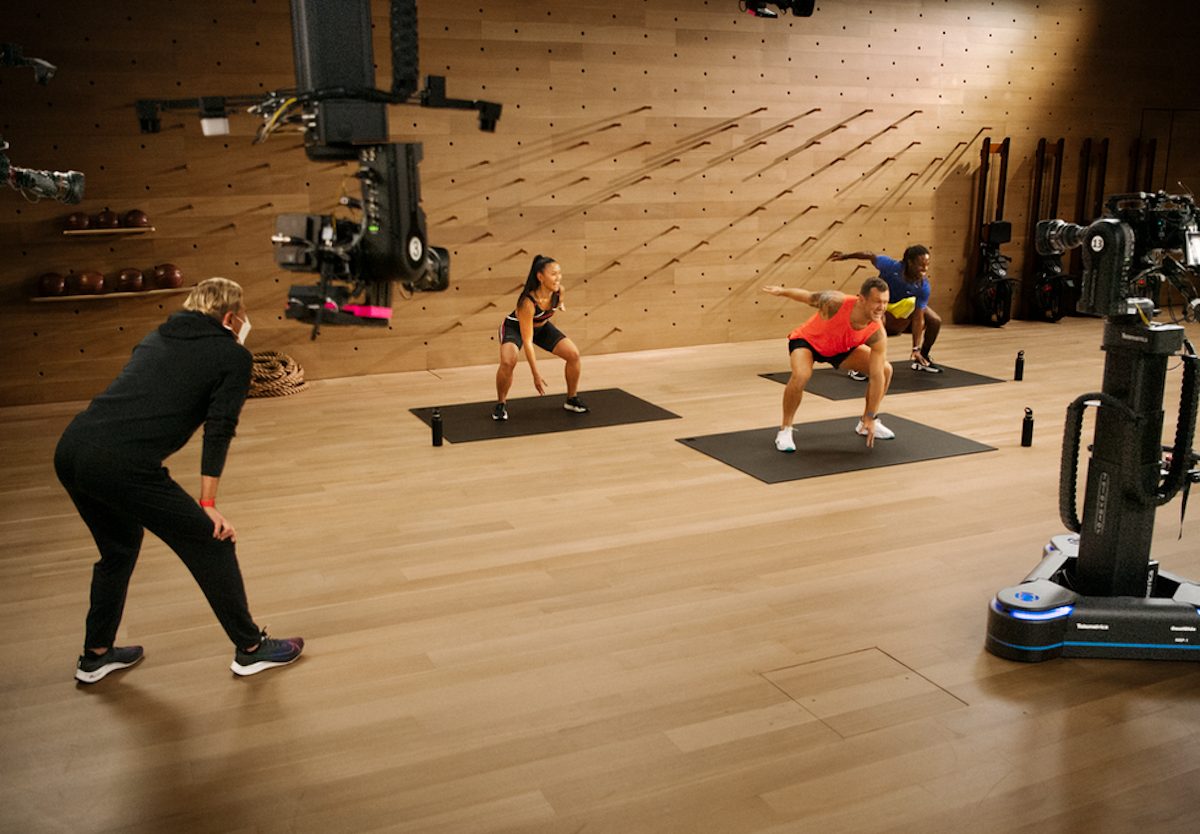 A look inside Apple Fitness+ studios

Welcomed by the quote of the month on the outside door, “Please be responsible for the energy you bring into this space”, Men’s Health describes that the interior of the Apple Fitness+ studio is in the company’s signature architectural design: all-white with lots of glass and woodwork, wooden floors, lots of screens and a verdant garden.

The Fitness+ team brainstorms, plans, and does a lot of collaboration in the rehearsal room which Blahnik was most excited about, and in the studio, workouts are recorded by seven high-end Super 35–format cinema cameras on robotic arms for smooth filming, to show various angles and to create an intimate feel. Every workout is filmed as trios with a lead trainer, and at least one to show a modified version of the steps. 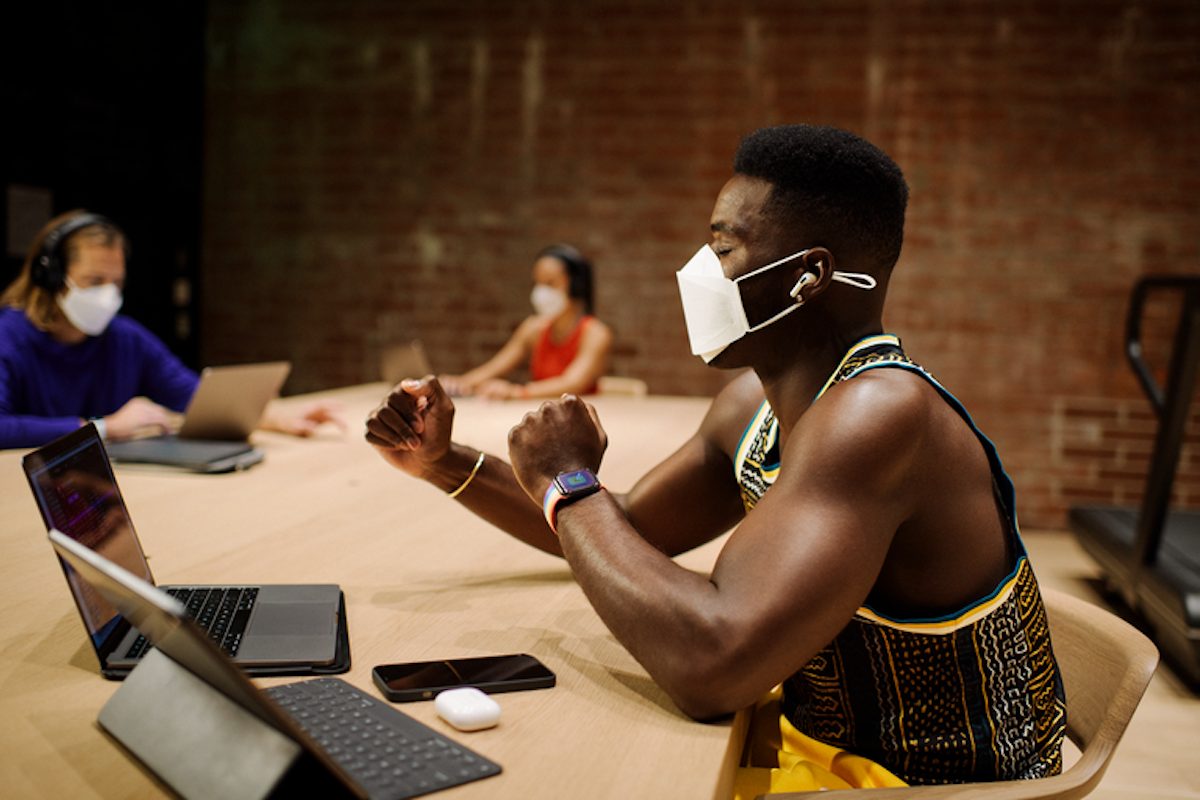 And in the control room, a director, technical director, and lighting-panel operator manage the audio, lighting, and other aesthetics of the recording.

“We want these workouts to be magical. We’re creating a piece of art, a piece of inspiration, a piece of motivation,” says Blahnik. “Many people might not think about the importance of lighting a cycling class differently than a yoga class, but we think it makes a difference. 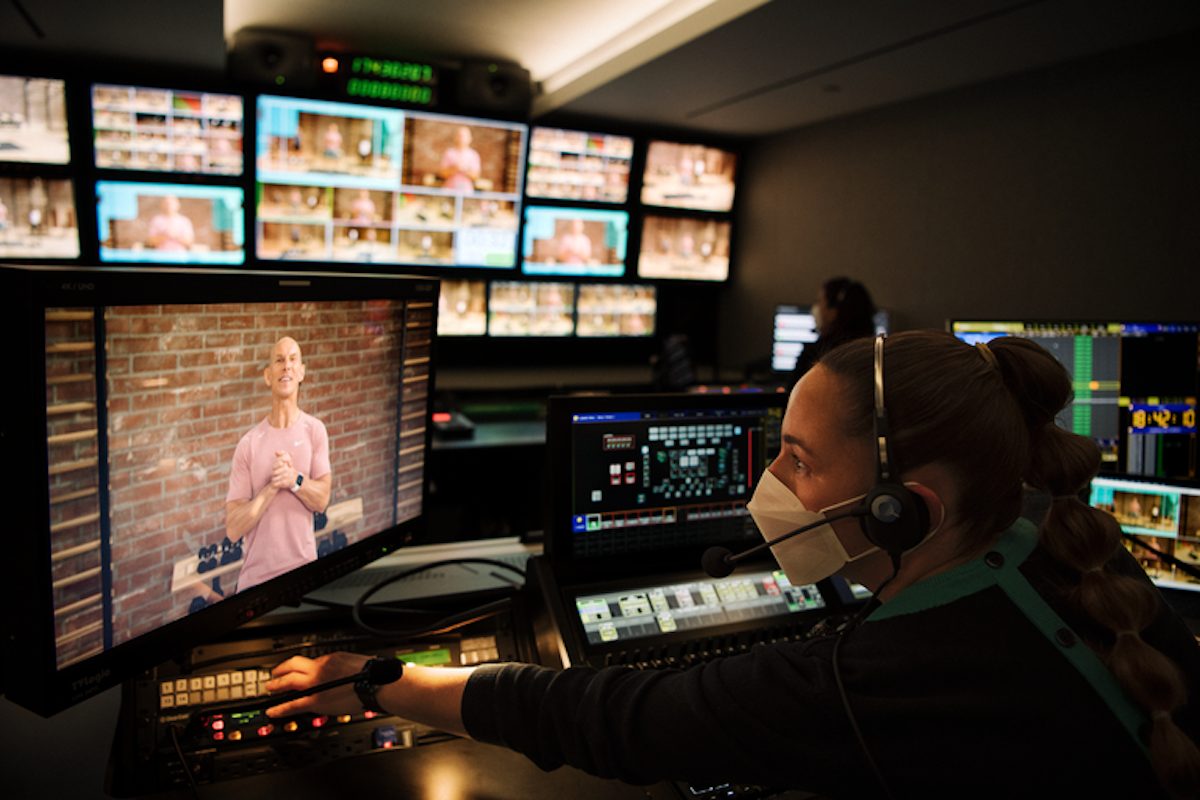 Further, Blahnik talked about the diverse Apple Fitness+ 21 trainers team. Ranging from 20 to 60 years old, Fitness+ trainers were selected based on their expertise and mindfulness for the beginners. He said,

“There are a lot of expert trainers who really know their craft, and they needed to be really great at their job. But we were also really focused on making sure they had a heart for the beginner, and their tone and style needed to be very welcoming.” 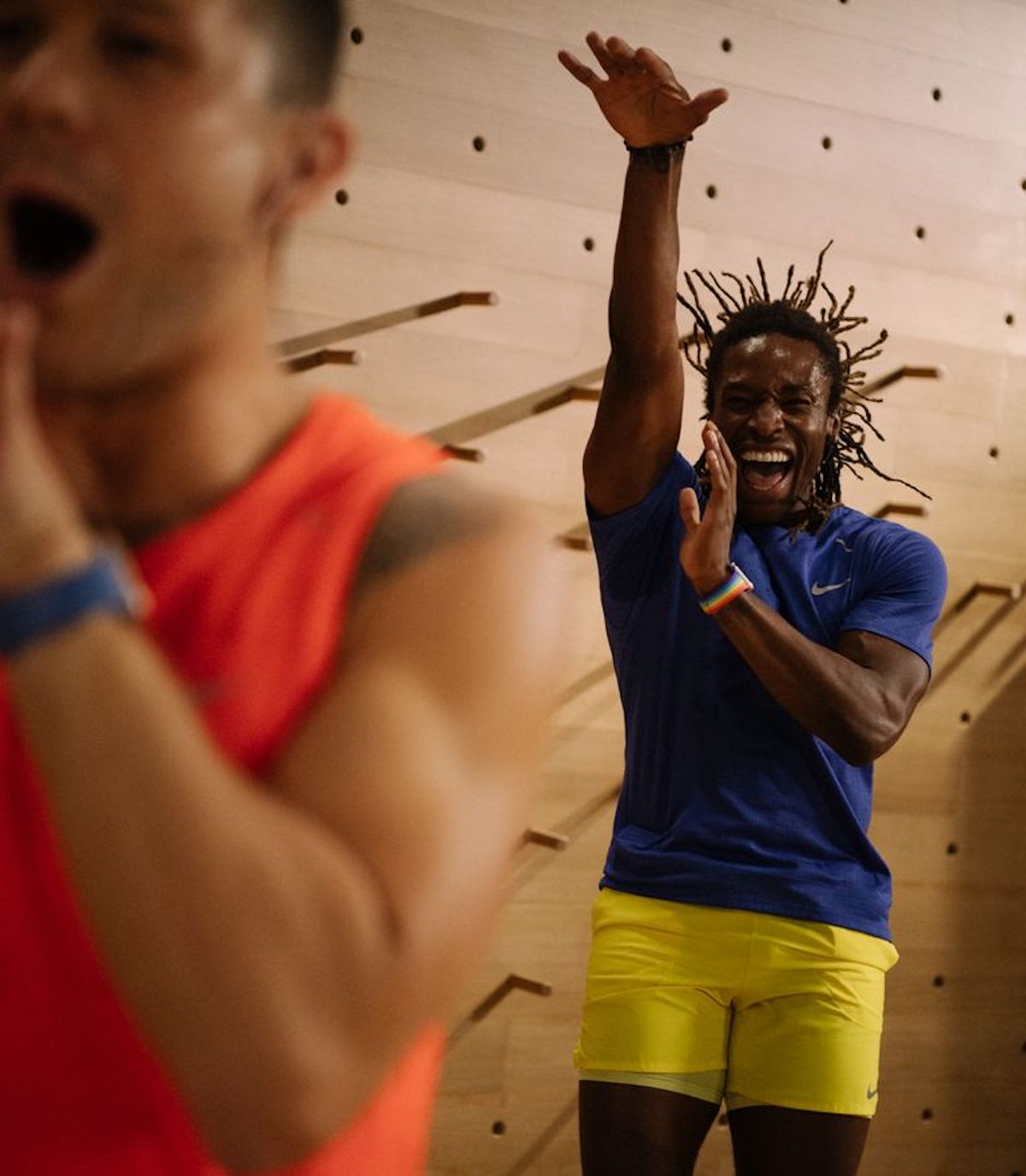 In the end, without revealing future plans, Blahnik told the magazine that the company is in it for the long run.