It’s not been a long time since Apple announced that there are over 425,000 applications in the App Store. In fact, this was last month and today, a month afterwards that number seems to have been increased by 50,000 according to Apps Fire. 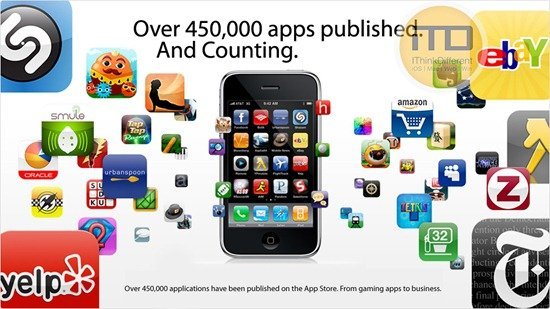 One thing to note is that this is the number of “active” of “live” apps, meaning they are on the App Store now. These do not include applications that existed previously, but are nowhere to be found today.

Over 66,000 applications are “universal apps” meaning they can run on both iPhone and iPad. The total number of apps ever published is 566,000. 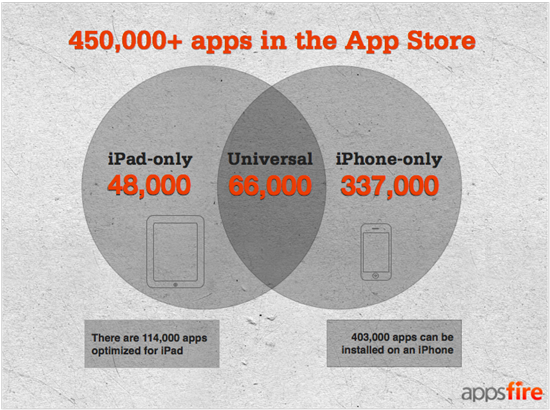 The 450,000th application published on the App Store is Motor Drag Race, you can download it here (iTunes link).

The App Store was launched by Apple in 2008, during the annual keynote led by Steve Jobs. At that time, the idea didn’t seem very appealing to many. But, only a year later in 2009, Apple reported to have over 50,000 apps and to be the world’s largest application distributor. Two years after that, we are reporting over 425,000 applications in the App Store. From the speed we are seeing now, it won’t be long till we get to half a millions apps, and perhaps one million apps in the App Store.