Apple has just released iOS 4.2 for iPhone, iPod touch and iPad which is now available to general public. The release should be technically iOS 4.2.1 however Apple is still labeling it as 4.2. Currently the direct download links are not available but the official Apple page should be updated in a few hours. Also it is not showing up in iTunes as an available update either. We’ll post the direct download links for iOS 4.2 as soon as they are available. 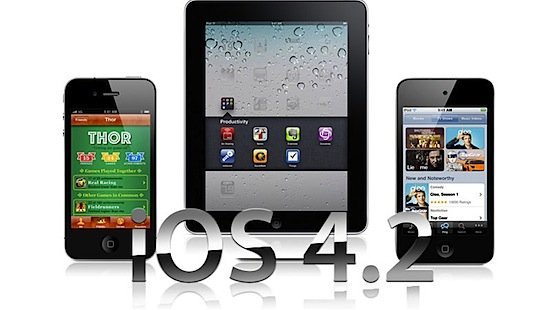 Below is the official statement from Apple regarding iOS 4.2 update:

Please keep in mind that there is ‘no stable jailbreak for iOS 4.2’ available yet. Also, if you rely on an ultrasn0w unlock, please DO NOT update immediately as iOS 4.2 becomes available. We’ll let you know when the time is right!