This is huge. Apple has finally published new guidelines for the App Store review process which has some changes in it from the previous guideline, with the launch of iOS 4. This document is intended to be a guide to the rules that Apple is using to determine which app is acceptable or not, which means this document is very important for App Store developers. It covers different topics like how to develop the app, functionality of the software and some more technical things. 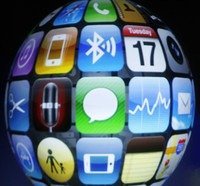 We are continually trying to make the App Store even better. We have listened to our developers and taken much of their feedback to heart. Based on their input, today we are making some important changes to our iOS Developer Program license in sections 3.3.1, 3.3.2 and 3.3.9 to relax some restrictions we put in place earlier this year.

In particular, we are relaxing all restrictions on the development tools used to create iOS apps, as long as the resulting apps do not download any code. This should give developers the flexibility they want, while preserving the security we need.

In the previous guideline, which was released with iOS 4, section 3.3.1 banned the use of third-party developer tools. This time, section 3.3.1 has changed and the entire italicized section has been removed from it. They do not mention any specific language for programming their apps anymore and it does not have any prohibition against “intermediary translation or compatibility layers”. Which means that tools like Adobe’s Flash cross-compiler are no longer banned for use. Now if you can produce a binary which compiles according to the guidelines then it is fine.

One other change is that there would be no more restriction on analytics data collection that appeared to essentially shut out Google-owned AdMob from the iOS platform. Apple never enforced this clause but still today AdMob chief Omar Hamoui thanked Apple for revising it.

While there are more changes in other sections but those changes are just change in language. The new guidelines also insist that developers make apps which are useful or entertaining to the user and the developers should not copy the theme of any other app. Apps like these will be rejected by Apple.