Apple has paid $163 million to The Mechanical Licensing Collective (MLC) as part of a larger payout from various streaming platforms. The MLC is a nonprofit organization designated by the U.S. Copyright Office pursuant to the Music Modernization Act of 2018. The royalties come from 20 different platforms, also known as DSPs.

The Mechanical Licensing Collective announced that it received a total of $424,384,787 in licensing fees from all music streaming services, including Amazon Music, Spotify, and Apple Music. The Cupertino tech giant was responsible for $163,338,890, which is the biggest amount paid out of all companies. 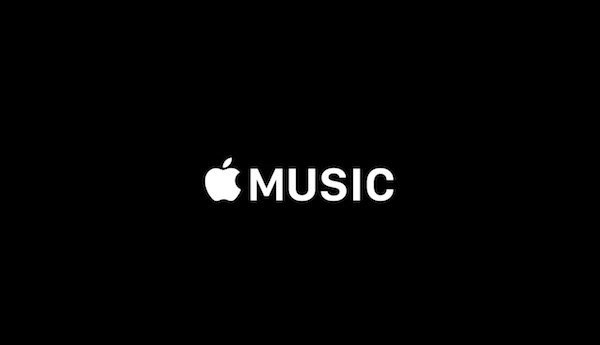 The Mechanical Licensing Collective (The MLC) announced today that it has received a total of $424,384,787 in accrued historical unmatched royalties from digital service providers (DSPs), together with corresponding data reports that identify the usage related to these royalties.

A total of 20 DSPs separately transferred accrued historical unmatched royalties to The MLC as required in order for them to seek the MMA’s limitation on liability for past infringement. In addition to the accrued unmatched royalties transferred to The MLC, the DSPs concerned also delivered more than 1,800 data files, which contain in excess of 1.3 terabytes and nine billion lines of data.

The MLC initiated administering licenses for eligible streaming services in the United States in January 2021. The company now collects royalties from DSPs and pays songwriters, composers, and various other professionals involved in the project.

A royalty is a legally-binding payment made to an individual or a company, for the ongoing use of their originally created asses, including copyrighted works, franchises, and natural resources. Royalties are associated with musicians predominantly, musicians who receive such payments whenever their recorded songs are played on the radio or television, bars, concerts, consumed via streaming services, etc. 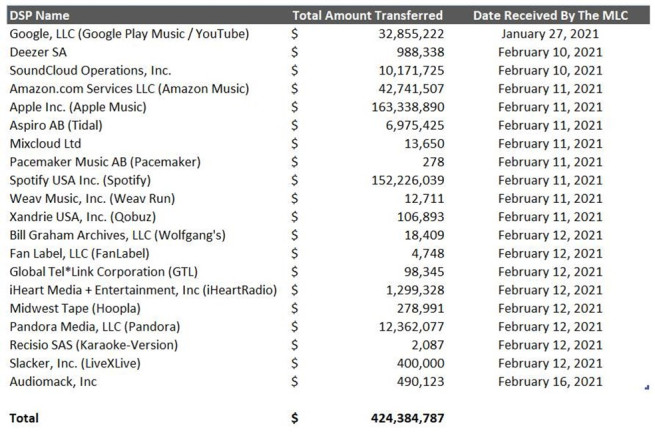 The CEO of the National Music Publishers Association, David Israelite said that the payout was “a massive win for music creators and streaming services themselves.” He added that publishers and songwriters have fought for many years in order to be paid correctly and fully by streaming services, and that “unmatched money” was a plague for the industry.