French website MacGeneration has published images of support documents by Apple that show a list of new features that will be available in Safari 5. These features include a new Reader for article reading and improvements in HTML5 support with new features such as geolocation, full-screen HTML4 video support and much more. As expected improvements to JavaScript performance are also in the changelog which shows it to be 25% than Safari 4. These improvements will be accompanied with better page caching and DNS prefetching for faster browsing. And did I mention Bing will be available as a search option in Safari 5? 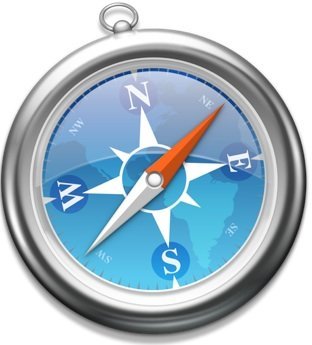 A new smart address field will also be included which sounds something like the awesome bar in Firefox. Tab settings is another feature that will be available in Safari 5. A welcome addition will be hardware acceleration for Windows. Safari 5 will use the power of Windows PC GPUs to smoothly display media and effects. It doesn’t say if it’ll be using the Direct Draw and other such technologies that will also power Internet Explorer 9 though.

Safari 5 is expected to be announced at WWDC10 tomorrow.

Here’s the image that shows the complete changelog for Safari 5: 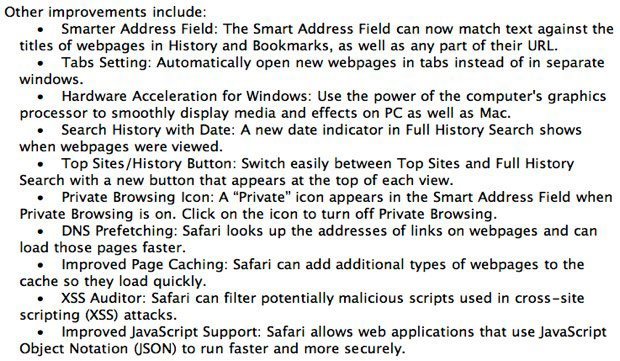 Mac OS X 10.6.4 will also be released at WWDC10. The beta builds for this update have been in testing for a while now, so the final release should be available soon. OS X 10.6.4 mostly contains fixes and improved reliability across various features. No new features will be available in this release.

According to MacRumors, Xcode, Apple’s IDE for iPhone, iPad, and Mac application development is getting a major update to version 4. It will be demonstrated at WWDC 2010, but the release time frame hasn’t been mentioned.

The hype surrounding WWDC10 is growing exponentially now. Along with the highly anticipated release of iPhone 4G/HD, there seems to be a lot to look forward to in Steve Jobs’ keynote. Stay tuned for complete coverage of WWDC10 right here!