The new Apple TV (with Siri and App Store) has received the unboxing video treatment on YouTube. Apple TV is to stat shipping to users in October but they had handed out developer kits to select number of devs so it it likely that this is how the YouTuber got his hands on one. 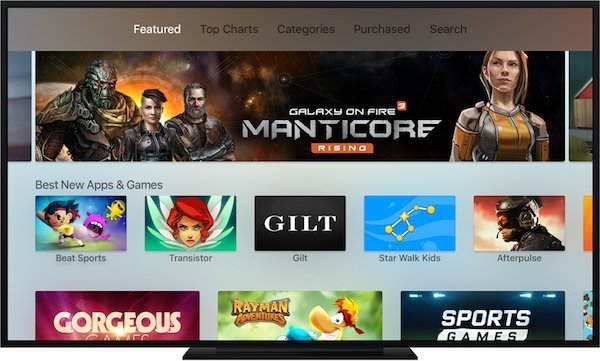 The video, by Andru Edwards, shows the unboxing of the Apple TV and the included components in the box: the Siri remote, a lightning cable, a power cord and the Apple TV unit.  The Siri remote seems to be very well made with a sturdy trackpad and metallic body. The lightning connector at the bottom will make it easy to recharge without buying new batteries. The remote should last for 3 months on average, after every full charge.

Apple TV will be shipping in October to users, starting in U.S. The all new Apple TV will have an App Store which will allow developers to create apps and games for the device, a Siri Remote for voice and gesture control, universal search powered by Siri and more.

Until you get your hands on an Apple TV, check out the complete unboxing video below: