3D Touch for iPhone 6s will support an iPad like trackpad gesture on the keyboard. This was highlighted on Apple’s website and not in the September 9 event. The gesture allows users to take control of the cursor to select and edit text, just like you can on a Mac trackpad. It is quick and precise as you don’t have to keep your fingers on the text that you are selecting. 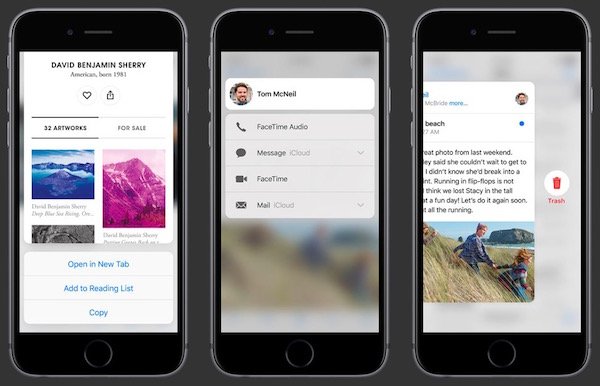 One press turns your keyboard into a trackpad.

Press the keyboard within apps such as Notes, Mail, and Messages, and your keyboard behaves just like a trackpad. You can then use a cursor to easily select and manipulate text with precision.

3D Touch will also enable contextual menus, multitasking gesture, live photos and much more in iPhone 6s, along with the haptic feedback. Early hands on impressions from people at Apple’s event say that it works well but required some getting used to. Third party developers will also be taking advantage of 3D Touch to enable new apps and gaming experiences.

However, iOS 9 beta users would remember that in beta 3, trackpad worked on the keyboard by using two fingers, just like on iPad. However, in later betas and in iOS 9 GM, this feature is not there. Even though it works with 3D Touch on iPhone 6s, Apple could have allowed older iPhones to keep the feature since it worked fine and there was no real reason to remove it for them.

Here is a video of the trackpad in action on iOS 9/iPhone 6: