Today, Microsoft has announced that the Apple TV and other streaming apps are coming to Xbox consoles. From November 10, players will be able to watch their favorite content on Xbox One, Xbox Series X, and Series S. The new Entertainment block for new consoles, houses new content in TV, movies, and music across entertainment apps.

For an enjoyable viewing experience, Microsoft has introduced immersive sound along with fuller colors on the new consoles. Some streaming apps like Netflix, Disney+, and Vudu will support Dolby Vision and Dolby Atmos. The update also includes an improved and faster Microsoft Store.

We know our players love to catch up on the latest shows or listen to their favorite artists on their Xbox consoles when they aren’t gaming. At Xbox, our goal is to make the transition from playing games and streaming media on Xbox One to Xbox Series X|S as seamless as possible, so that you’re not missing out on the content you love when you jump into the next generation of gaming.

On November 10, owners of new aforementioned consoles will be able to stream a diverse variety of entertainment apps on their consoles like the Apple TV app which will give them access to original shows and movies of Apple TV+ videos streaming service, Apple TV channels, and more.

“There’s so much more available on the Apple TV app. You can also subscribe to channels like Showtime, CBS All Access and AMC+. You can browse to buy or rent more than 100,000 movies and shows, with access to your library of previous movie and TV show purchases from Apple. You can watch online, ad-free and on demand through the app. In addition, Family Sharing lets six family members share subscriptions to Apple TV channels using their personal Apple ID and password.”

By default, the new Entertainment block is pinned to Home for new owners and the existing one can enable it via Add more > See all suggestions > select Entertainment to add it to Home. Here is the list of popular streaming apps on the consoles: 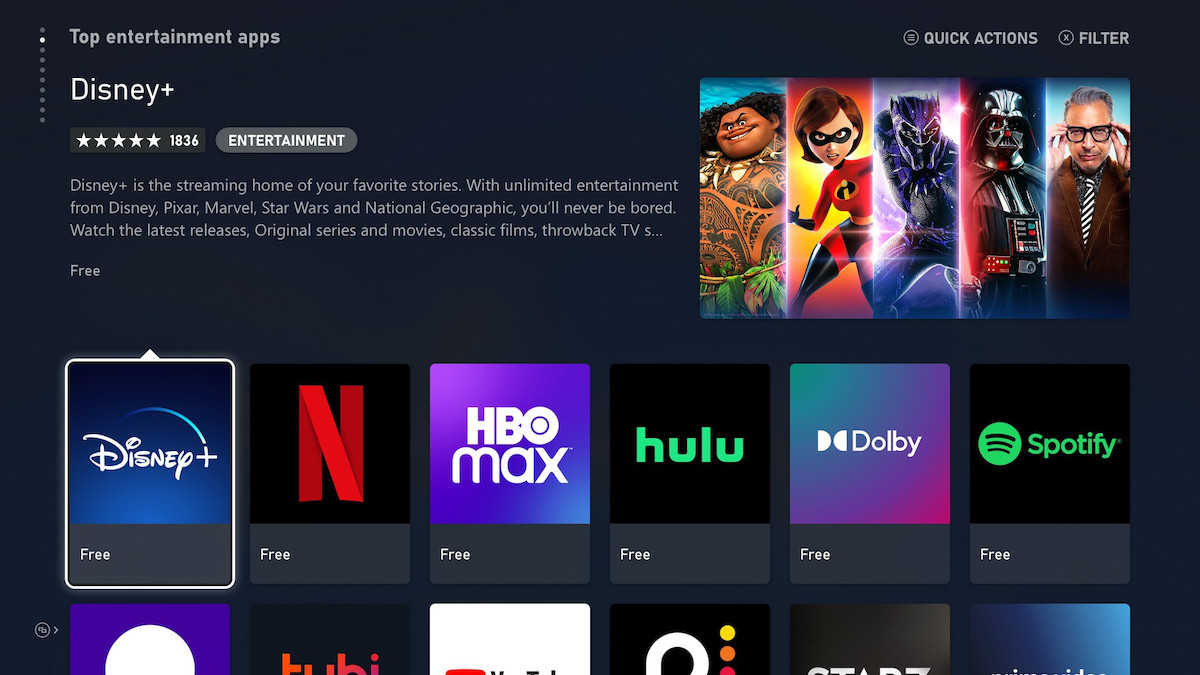 Recently, Microsoft also released a new Xbox app that allows users to stream Xbox One games on iPhone and iPad. Users can download the app for free on App Store.