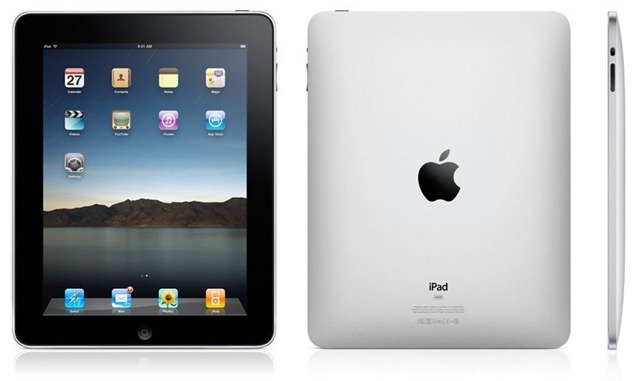 This should be huge for Apple. iPad will be officially launching in China on September 17th, in WiFi flavor only though. iPad was launched a few months ago and has captured a lot of market despite having launched in only a few countries so far. The step into China should increase their market share[1. The market currently belongs to them only. We don’t see any real competitors in the wild.] tremendously.

Here are the retail prices for WiFi iPad models in China:

The retail prices for iPads in China are only marginally higher than their US counterparts. We foresee great success for iPad in the Chinese market, but you can never be too sure. Another thing: We can only imagine how many technology enthusiasts already got it from the US before the official launch.

In any case, China, get ready for magic.

CUPERTINO, California—September 13, 2010—Apple® today announced that the Wi-Fi models of its magical iPad™ will be available to customers in China from Apple Retail Stores, and select Apple Authorized Resellers, on Friday, September 17 starting at 10:00 a.m.

iPad allows users to connect with their apps and content in a more intimate, intuitive and fun way than ever before. Users can browse the web, read and send email, enjoy and share photos, watch HD videos, listen to music, play games, read ebooks and much more, all using iPad’s revolutionary Multi-Touch™ user interface. iPad Wi-Fi models are just 0.5 inches thick and weigh just 1.5 pounds—thinner and lighter than any laptop or netbook—and deliver up to 10 hours of battery life for surfing the web on Wi-Fi, watching videos or listening to music, and up to nine hours of surfing the web.*

Apple Retail Stores will offer a free Personal Setup service to every customer who buys an iPad at the store, helping them customize their new iPad by setting up their email, loading their favorite apps from the App Store℠, and more. Apple Retail Stores in China are also hosting special iPad workshops to help customers learn more about this magical new product.

Pricing & Availability
iPad Wi-Fi models in China will be available for a suggested retail price of CNY3988 for 16GB, CNY4788 for 32GB and CNY5588 for 64GB. iPad will be sold in China through Apple’s Retail Stores, and select Apple Authorized Resellers.

iPad will roll out to many more countries later this year and Apple will announce availability and local pricing for these additional countries at a later date.

Apple designs Macs, the best personal computers in the world, along with OS X, iLife, iWork, and professional software. Apple leads the digital music revolution with its iPods and iTunes online store. Apple is reinventing the mobile phone with its revolutionary iPhone and App Store, and has recently introduced its magical iPad which is defining the future of mobile media and computing devices.