In case you wondered why the iPod nano looks a lot like iPod Shuffle in dimensions, here’s the logical explanation: Apple cut the previous generation iPod nano in half which yielded in the upper half becoming the new nano, and the lower half being the new shuffle. 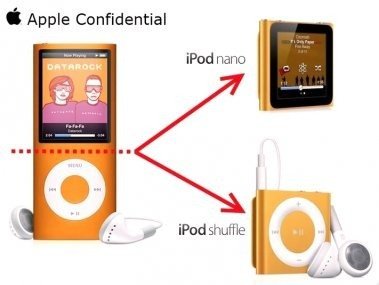 Ok, don’t take this seriously, but it’s good for a laughs.