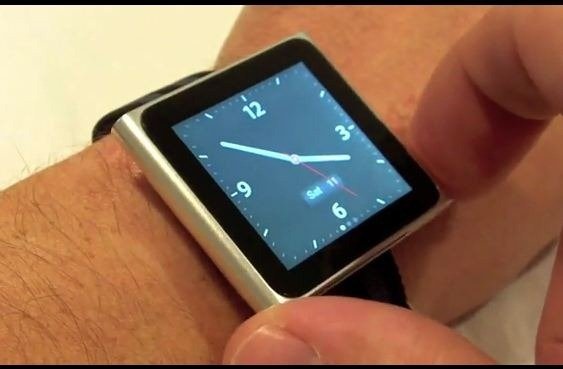 With all the news going around as to how iPod nano is actually an iWatch without a strap, no one has actually bothered to sharing the experience of using it as one – until now. Watch Report have done a pretty comprehensive video review of the iPod nano as a watch and come out with a list of pros and cons for such usage.

They labeled it as gimmicky, which it obviously is since it isn’t intended to be used as a watch by Apple. They didn’t advertise it as one. But either by chance or maybe due to some secret intent by Apple, it is usable as a watch to an extent. The biggest problem with using it as a watch is that you have to charge it. I’m sure most of us aren’t used to charging our watches. The visibility is poor under sunlight and it’s not water proof either. You also have to turn it on every time you want to check the time. Check out the video for the complete review:

Here’s the complete list of pros and cons of using iPod nano as a watch:

Still want to try the iWatch gimmick? Let us know in the comments!