Apple introduced FaceTime with iPhone 4 and now this service is also available with the fourth generation iPod touch. It is expected that FaceTime will also be available on other Apple devices like iPad and Mac. According to French site Mac4Ever, FaceTime video calling will come with iLife 11. The interesting thing about this news is the Mac4Ever mentioned that apart from Mac, FaceTime will also come to the Windows platform. FaceTime would be integrated into iChat on Mac OS X but we have no information on how it would work with Windows. We just hope it’s not integrated into iTunes. 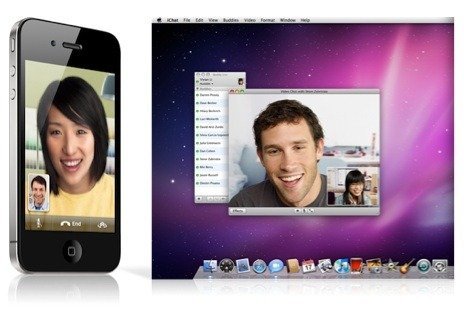 To begin, iLife ’11, which we announced this summer (with the disappearance of iDVD) , could finally come out very very soon. In addition, it is rumored that Apple is preparing to leave FaceTime for Mac and PC, the Mac version coming to settle down in the iChat software.

This move will really boost the feature appeal of FaceTime video calling, specially if it comes to Windows, the number for FaceTime would increase for sure as almost everyone would be able to use it.

We can expect this rumor to be true because Mac4Ever is a trusted source as its last predictions were about Apple’s iMac refresh in October 2009 which proved to be correct. Other correct predictions by them include Magic Mouse and the revamped aluminum Apple Remote. Mac4Ever’s recent prediction about iLife ’11 has not been proved correct yet as details about the iLife,  like 64-bit applications, significant iWeb revamp, iDVD discontinuation and a new mystery app are not confirmed yet.