Frankie’s Holidays is Apple’s new ad for the holiday 2016 season. The ad shows Frankenstein suffering from the holiday blues when he decides to go and join the town’s folks, where he gives a little performance to feel accepted by the crowd. It does not start as expected but ends well with a nice little message. 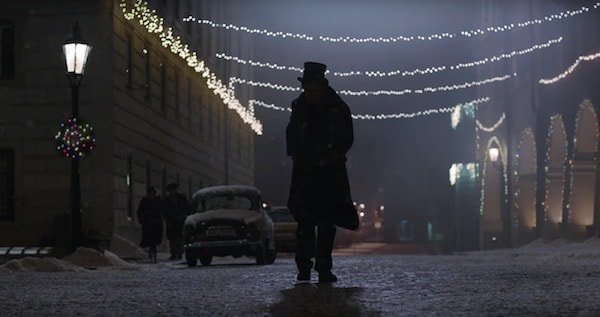 More often than not, Apple has a tendency of making some amazing ads, no matter which product it is for. For their new Frankie’s Holiday ad, Apple has shown Frankenstein as a lonely character living on top of the mountains, using his iPhone to record voice memos. He is also shown warming up his vocal chords with the help of his iPhone for a performance which we see later in the ad. Frankie also picks up a mysterious package, related to the performance.

Once he goes down to the town center and stands in front of the crowd, he unboxes the package to pull out two colored light bulbs and plugs them on the sides of his neck. Frankie starts singing in his own unmelodic voice while entertaining unfriendly looks from the crowd when one of the bulbs stops working and kills his confidence. This is where a cute little girl helps Frankie and the crowd starts warming up to him. The girl adjusts one of the bulbs so it starts working again and also starts singing with Frankie, followed by the crowd, which makes him feel accepted.

The ad ends with the tagline: Open your hearts to everyone.

As expected from Apple’s ads, Frankie’s holiday is beautifully made. The visuals as well as the audio are spot on and really worth watching a few times. The ad could not have come at a better time. A time when people are divided, thanks to the recent elections which were dominated by politics of division, racism, and hatred, and the fear and uncertainty brought by the results. The ad should remind viewers to ignore the negativity and accept each and every human being, no matter who and where they are from.