Microsoft has surprised almost everyone with the release of an official Visual Studio IDE. While it picks up from where Xamarin was acquired, it also guarantees that Microsoft’s support and branding will make it a popular tool for developers. 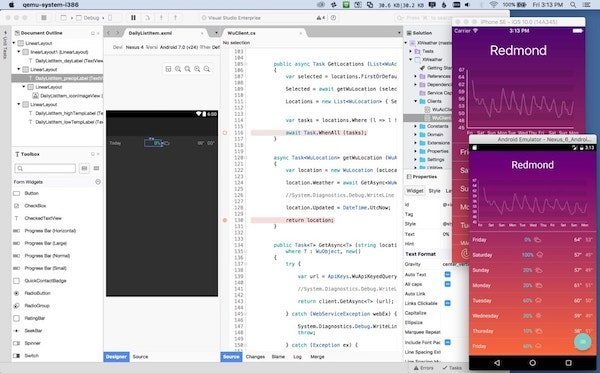 As expected, Visual Studio for Mac supports native C# .NET development to let developers build apps for iOS, Android, and macOS. Visual Studio for Mac is focused on mobile-first and cloud-first development and accordingly ships with .NET APIs for Android, iOS, tvOS, watchOS and macOS. It has support for .NET Core and Azure connectivity so developers can deploy their apps to the cloud right from within Visual Studio. Developers can also deploy their apps with a click to Xamarin Test Cloud.

Expect Microsoft to add support for more features and programming languages with time.

This major announcement from Microsoft has come during their Connect() 2016 event where they also announced Visual Studio 2017 RC for Windows as well as .NET Core for Samsung’s Tizen OS and Google’s membership with .NET Foundation Technical Steering Group. Both of these are huge news for Microsoft and .NET and will likely attract more developers to their platform. Microsoft also joined the Linux foundation today. The fat lady is singing.

Microsoft has not announced whether Visual Studio for Mac will be released for free, but during Preview, anybody can download and install it.

The download is just 22mb in size but after that, the installer downloads a bit under 2GB of data.