Apple has sent out press invites to their Mac event on 27th October, titled Hello again. The event will be held at Apple Campus. It is expected that Apple will announce new MacBook Pro with new design and OLED displays above keyboards, spec bumps to MacBook Air and more. 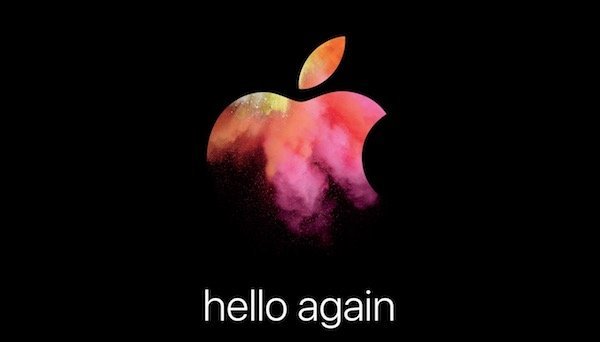 MacBook Pro models got an internal spec upgrade over a year back while the design is over a few years old. MacBook Pro 13″ model was the last new release by Apple so upgrades are long overdue. As per the rumors circulating the Internet by various sources, Apple will introduce a new OLED touch capable display above the keyboard and USB-C ports will replace the regular USB-A ports. MacBook Pro will also get the latest Intel processors, likely Kaby Lake, faster and larger SSDs, more RAM, latest Thunderbolt ports and upgraded displays with wide color gamut. AMD’s Polaris graphics are also rumored to be a part of new MacBook Pro models. Users have long wanted dedicated GPUs instead of internal GPUs across MacBooks so this might be the moment when it happens.

Apart from MacBooks, Apple will also reveal a 5K standalone monitor. Apple ships 5K displays with their iMacs however, they do not have any standalone monitors available anymore. They discontinued the Thunderbolt display after not updating it for 5 years. Users have long been waiting for upgraded displays to use with their MacBooks, Mac Minis and Mac Pros.

Some reports also say that Apple might introduce upgraded iPad Pro with new display technology but take it with a grain of salt. Given that it has been ages since Apple properly focused on Macs, they could be forgiven for not including iPads in the event.

Apple will also be live streaming the event on 27th October via their website to macOS and iOS users using Safari as well as Windows 10 users using Edge. Apple TV users (2nd generation and above) will also be able to stream the event through an app.

We will keep you updated with all the details on the new Macs. Stay tuned.