Apple is working on new iOS features for iPad Pro lineup, support for system-wide annotation functionality with Pencil, and plans to launch new MacBook pros, refreshed MacBook Air with USB-C port and iMacs with Polaris graphics in October, as per a new report by Bloomberg. 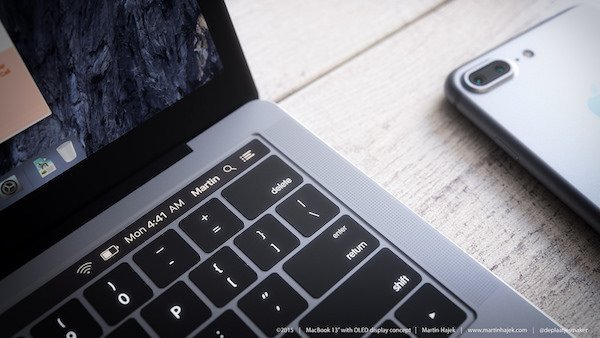 Even though iOS 10 is a major upgrade, it does not contain any iPad-specific features, especially for the new Pro lineup. Apple is working on new features for iPad Pro users which are expected to ship with an iOS 10.x update or with iOS 11. One of the features in the new update would be the ability to use Pencil anywhere in iOS to annotate content inside apps like Mail, Safari and so on. Microsoft already has system wide ink support in Windows which works well with a stylus so it would be a welcome feature of iPad Pro + Pencil users.

A future iPad Pro refresh will also ship with new display technology which will allow for faster and smoother gestures like zoom, pan, and scroll. The iPad Pro 9.7” model already has a wide gamut display and True Tone technology, which makes it the most advanced display on iOS devices so Apple seems ready to take it to the next level.

MacBook Pro updates are the most eagerly awaited ones. The lineup is expected to get new Intel processors, AMD’s Polaris graphics, an OLED display bar above the keyboard with touch support and TouchID. It is also expected to have the latest Thunderbolt and USB-C ports. The report shares an approximate release timeline of October to before the end of the year, Apple seems to be continuing the MacBook Air model by introducing USB-C to it. iMac will also get some attention with the introduction of AMD’s Polaris graphics. It is also likely that Apple will update the processors. All mac updates will ship with macOS 10.12 Sierra.

A surprise entry in the report is the possibility of Apple working on standalone 5K monitors with LG. Apple already ships 5K displays with their iMac lineup. They recently discontinued their Thunderbolt display after not updating it for 5 years. With the 5K monitor, they might be making a return to creating Cinema Displays.

Apple is holding its iPhone launch event on September 7th and none of these announcements are expected at the event.