As we come closer to the iPhone 5 launch, we’re also getting confirmations from various sources that the Apple is in fact going to launch the next generation iPhone in early October. 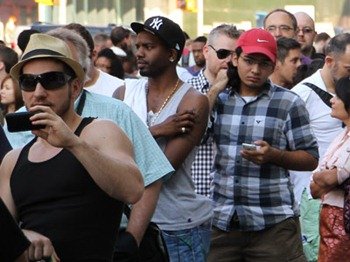 According to BGR, one of AT&T’s Vice Presidents has told several employees that Apple will be launching the iPhone 5 in early October, and they should get ready for the large amount of traffic expected.

“Expect things to get really, really busy in the next 35-50 days, so prepare your teams accordingly.”

Apple is widely expected to announce the next generation iPhone in September, and release it afterwards in October. Many reports indicate that Apple may even launch two iPhones, one of them being the flagship device, with the other being lower-end “iCloud iPhone”. The flagship iPhone will run the full version of iOS, have dual-core processors and large internal space. The “iCloud iPhone”, on the other hand, is expected to have a lower-end processor, and rely on Apple’s iCloud service only.