Kinect hackers are hard at it again. A team in Germany have now created an augmented reality mirror through various hacks using Microsoft Kinect.

Tobias Blum and his team from the Technical University of Munich are responsible for the fine manipulation of Microsoft’s hardware. In order to do an overlay of a CT volume with the video image from the Kinect, they use skeleton tracking. Kinect itself allows for the tracking of it’s users without additional markers. Basically, if you were to stand in front of a big TV screen you would see the “augmented” image or reality inside yourself. It’s like a live green screen capture; except that no one is in an editing room creating an elaborate multi-million dollar world within your body. As you will see from the video the focus point can’t be fixed or can track the movement of the subject.

Blum intends for the system to be used for educational purposes, specifically medicine, even though it could be used for all sorts of applications. I’m wondering how difficult it would be to integrate a true x-ray, MRI, or CAT scan. Maybe that’s for the near future. The medical application of Kinect or any sort of system like it would be tremendous. Imagine being able to have your subject/patient xrayed or examine while you as the doctor are in the room. It may or may not eliminate jobs but would gain countless others through the production of these systems. If you are interested in their research you can visit the university web page. What do you think it could be used for? What would you like to see it used for? 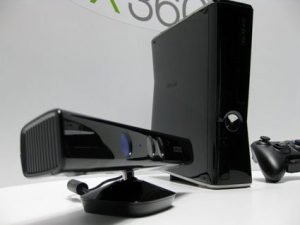 I'm a 25 year old (married) tech monster. Eat, sleep, and breathe tech. I love my family the most. I'm proud to say I'm an Apple fan but will give any piece of equipment a fair shot. Always open to hear both sides of any story and willing to test as many theories as I can.