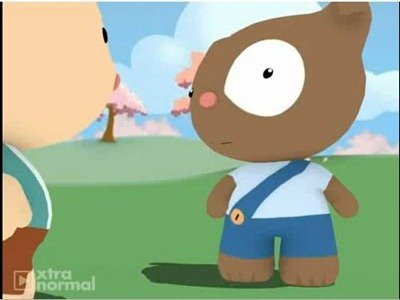 I suppose you all have watched the iPhone 4 V HTC Evo video. If you have not watched it yet, then first check it out after the break. But remember, the language in this video is little offensive. The video is very funny that’s why it got more than two million views. It was created and published by a Best Buy employee whose name is Brian Maupin. He is currently suspended because of this video as he was asked to remove this video from YouTube but he refused to do it.

This video portraits a scene in which a cartoon wants to buy an iPhone 4 from some electronic store. The electronic store was short of iPhone 4s and the employee at the store tried to convince the buyer to buy an HTC Evo. The employee gave senseless reasons as to why HTC Evo is better then iPhone 4 but the buyer refused to show any interest in HTC Evo. They continued their argument for three minutes.

Brian Maupin refused to remove this video because he mentioned nothing about Best Buy. He said

I can understand them wanting to, not wanting people to get the impression that Best Buy is like this and this is how it is when you come to our store but you also kind of have to have that, you have to be able to laugh at yourself and say I realize this is an extreme exaggeration. This isn’t what is happening at this store.

Well Maupin is currently suspended and looks like he would be permanently fired soon. Personally, I didn’t liked the video because of the foolish arguments of the employee but this is not a good enough reason to fire your employee.