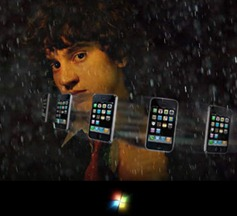 blackra1n, the jailbreaking tool by George Hotz is getting it’s biggest update to date ( blackra1n RC 2 was released a week ago ). George Hotz has finally managed to unlock the iPhone 3G and 3GS running the 05.11.07 baseband that came with the latest iPhone OS update. This has disabled unlocking / hacktivation for a huge number of people but not for long, as the update to blackra1n, version RC 3 will be released on 4th of November with blacksn0w ( blacksn0w is the name of the unlock for 05.11.07 baseband ).

Here’s a video uploaded by George which demonstrated blacksn0w:

Another change in blackra1n RC 3 will be the possible removal of Icy because it was buggy in the last version. Here’s a sneak peak of blackra1n RC3 by George from Twitter account. 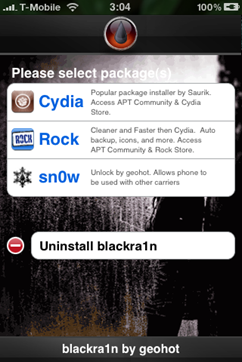 Airplane mode stops working after hacktivation currently but it might be fixed by the final release on 4th November. Also, if your iPhone is already activated, it’ll stay that way after jailbreaking it with blacksn0w.

There isn’t any update yet on whether blackra1n RC 3 will bring untethered jailbreak for all iPod Touch versions or not. As soon as there’s any word on that, I’ll update this blog along with the change log. Stay tuned!

Check out our guide on unlocking iPod Touch with blackra1n RC 2.