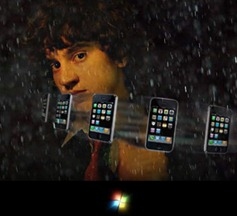 George Hotz released an iPhone OS 3.1.2 jailbreak tool called blackra1n for Windows and Mac a few weeks ago. While it made jailbreaking very easy ( process completed in 30 seconds for some ), there were some bugs and issues with iPod Touch 2G MC model, iPhone 3G and 3GS support. George will be releasing blackra1n RC2 tomorrow which fixes for all these models.

Keep in mind that iPod Touch 2G MC models will get tethered jailbreak, which means they’ll have to be connected to your PC or Mac to start again after a reboot. Icy has also been fixed, although we would recommended you to use Cydia. Stay tuned to this blog for more updates on blackra1n RC2. For more information, you can check out our guide for jailbreaking iPod Touch 3.1.2 with blackra1n on Windows. 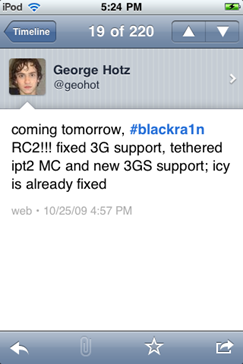