Most first time users get rather surprised at the loudness of the speakers on MacBooks, especially the Air. Still, there are some cases where even louder sound is required depending on the media type and quality. Boom is such an application that not only boosts the volume of any Mac, it also lets users enhance it with a graphic equalizer. It simply works as a layer between the audio and speakers and enhances the sound quality.

What Boom does is that it adds itself as a separate output device in the system so that when it’s running, all the audio is channeled through it. The volume of all such audio can be boosted just by using the slider. An array of equalizer presets also let you change the sound based on whether you’re watching a movie, listening to audio, want to enhance vocals and so on. The equalizer can also be completely customized and saved as new presets for all the audiophiles out there. Since Boom doesn’t integrate with apps but with the system itself, it works with each and every app such as audio and video players, browsers, VOIP apps and everything else. 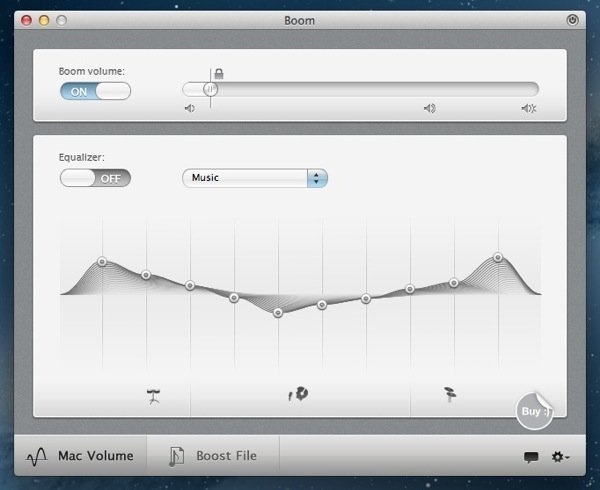 An additional feature that Boom provides is that it lets you boost the volume of your audio and video files so you can have a better listening experience for every playback later onwards. The files can also be exported to any portable device and another computer to experience the same loudness. Keep in mind though that copyrighted files can not be volume boosted using Boom due to DRM restrictions. 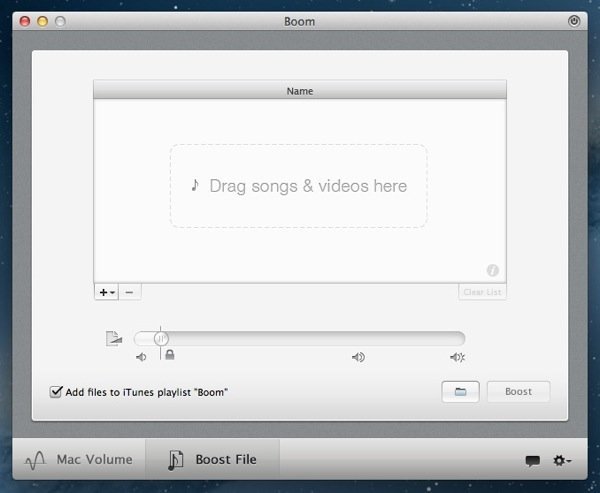 Boom works equally well on MacBooks and iMacs and is a must have for users who would like better volume output. Boom is available as a fee trial for 7 days and can be bought for just $6.99. It’s definitely worth a try and can be download from here or from the Mac App Store.