Instagram seems like one of the most popular social networks along with Facebook, Twitter, Pinterest, and Google+.  It has managed to gather a huge following who is willing to take low-resolution photos and stylize them with easy to use filters, frames, and effects. Its recent release on Android has just skyrocketed its user base and new users, as well as celebrities, keep on joining it. Not to forget, the $1 billion purchase by Facebook also helped its popularity.

The small but hugely talented Instagram team has been working on incremental but useful updates meanwhile. Most of the point updates are performance or bug releases but with version 3.0, Instagram has taken on the geolocation game which already contains the likes of Facebook and Foursquare as its leaders.  Here’s a walkthrough of the new features and updates in Instagram 3.0.

This is the major new geolocation based feature. Photos with location information can now be shown on a map in every user’s profile. For privacy concerns, Instagram lets you chose which photos you want to show and hide from the map since all photos on a map can be seen by anyone who can see your profile. Instagram also shows a check box on each photo upload asking whether it should be added to the Photo Map or not. 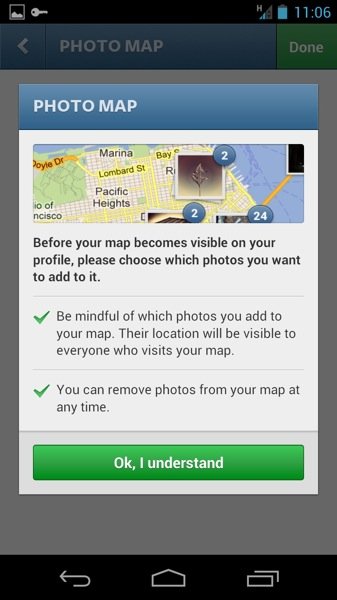 Photos can be selected/deselected to appear on the Photo Map. It’s always a good idea to choose wisely since you’re exposing your locations to the public. 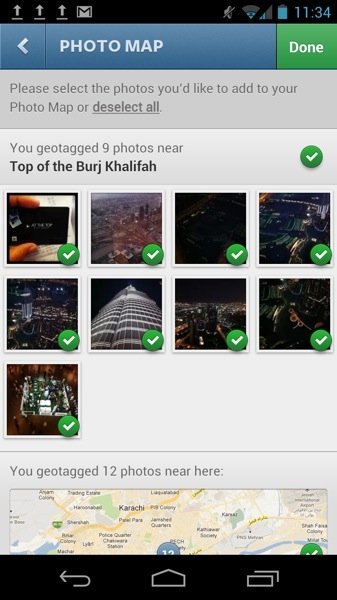 Once images are added to the map, they can be seen as album stacks. 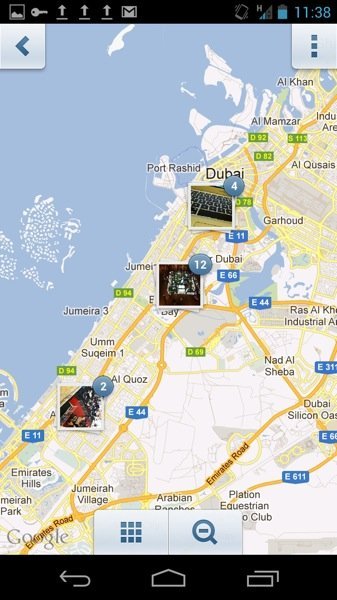 Double tapping an image stack opens up its images in a thumbnail view. 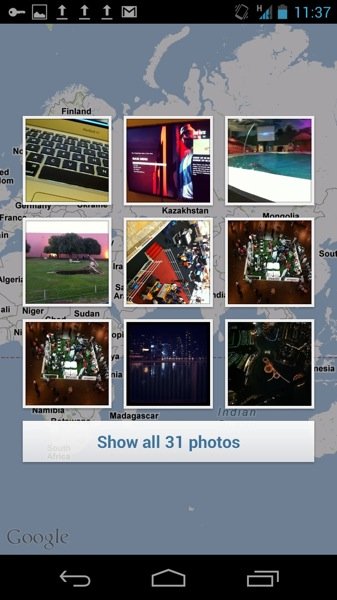 Here’s a video of Photo Maps

User profiles have gotten a nice facelift to accommodate the Photo Map button in the UI. Infinite scrolling is also included in the photo timelines, though not an obvious feature unless you start scrolling down. This is a much-needed addition to Instagram and reduces many extra steps to view photos. 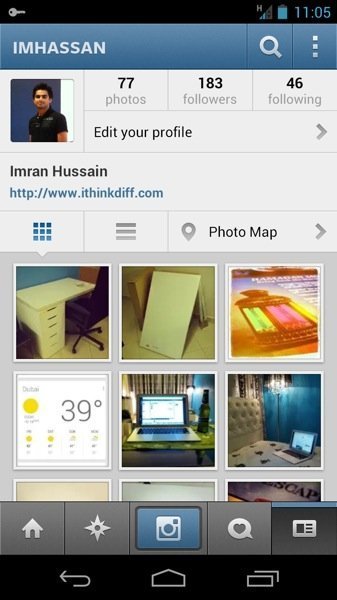 Following the profiles, the image upload section has also been cleaned up and includes the Photo Map check box. Not much else has changed here apart from the design and layout. 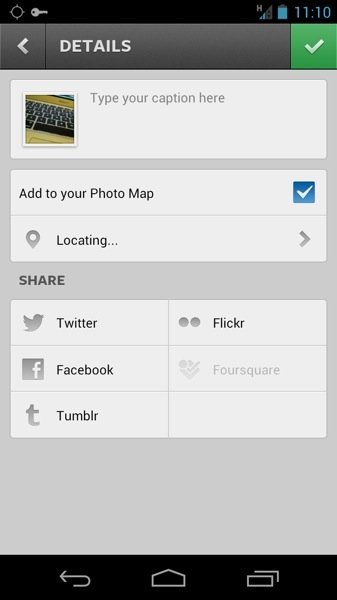 Other updates include the ability to mark comments as spam as well as delete them. The app also feels snappier in general usage.

Instagram 3.0 is available for both iOS and Android and can be downloaded right away.