It appears that folks over at Boy Genius Report have just got their hands on a leaked version of iOS 4.3.1 and have successfully installed it on their iPhone. They say, they have been “playing around with” the unreleased iOS 4.3.1 for almost two days now and as they previously reported the expected changes in this update, seem to have been true. According to BGR, it simply fixes certain bugs in iOS 4.3 such as battery life improvement and is expected to release publicly in a couple of weeks. 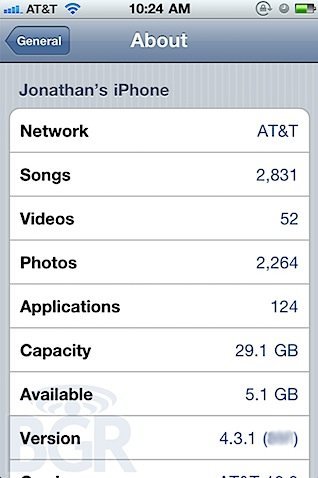 Here are the changes in iOS 4.3.1 as published by BGR:

Baseband updates for the 3GS and iPad (original)

Fixed problem with NTLM authentication in apps and on websites

There is no ETA as to when it will come out but we’ll definitely update you as soon as its available for download. Stay tuned!