All PC manufacturers are definitely jealous of the Macbook Air. With the low price point (compared to other Macs) it is relatively cheap. Aside from that, the Macbook Air looks very beautiful and is a perfect device to show off. 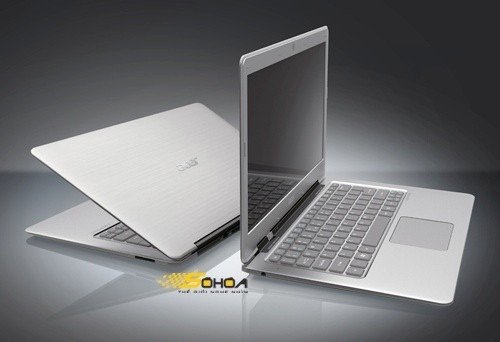 If you love the hardware of the Mac, but prefer to buy a Windows PC; Acer is manufacturing a perfect rip off for you. Engadget got hold of an internal image, and they report that not only does the Acer device look similar, both are very light and thin, have an SSD and Sandy Bridge processors.

The site claims that the Acer laptop is slightly thinner and a little heavier than Apple’s Macbook Air.

The Acer 3951  is expected to be priced between $770 and $960, and will be released around October. The full specs are as follows:

This is definitely not the first time someone has tried to copy Apple’s design ideas. Apple is already suing Samsung for copying their devices. Days ago, Apple also sued Motorola for copying the Apple iPad.