The highly anticipated 2011 MacBook Air has just hit the stores and from the looks of it, its definitely the most ultimate notebook out there! Loaded with fastest generation of of Intel Core i5 and Core i7 processors, the latest MacBook Airs should now perform on par with the current MacBook Pro models.

The new line of MacBook Airs also features Thunderbolt port letting you connect with devices such as the new Apple Thunderbolt Display. Another great feature adapted from the MacBook Pros is the full sized back-lit keyboard. The design remains unchanged, both 11″ and 13″ MacBook Airs sport the same light weight, thin aluminum unibody with same battery performance like the previous models. The flash storage options are also the same with choice of 64Gb, 128GB and 256GB.

For complete technical specifications of 2011 MacBook Air models, visit the official Apple site here. Some of the highlights and new prices are given below: 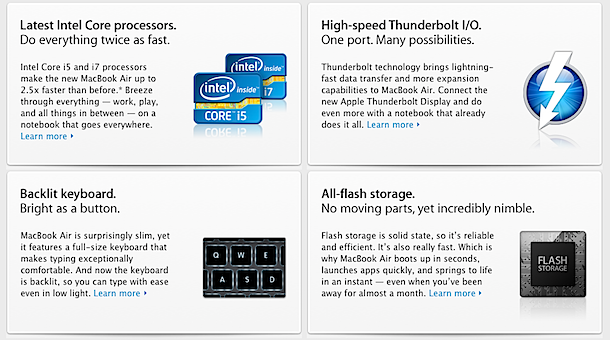 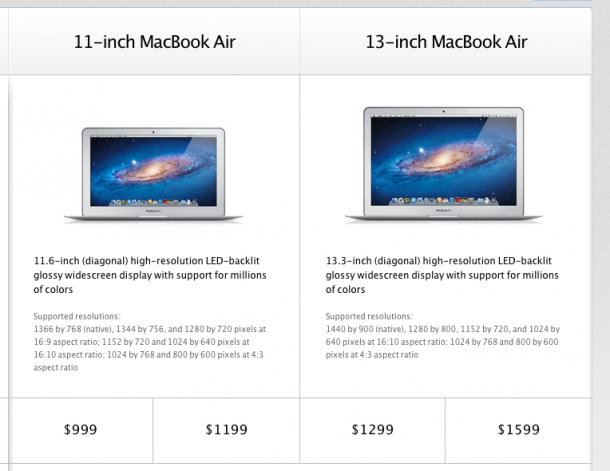