Several reports are coming in that Apple will be refreshing it’s MacBook Air Sandy Bridge line very soon. It is very possible Apple is planning to release this in time for the OS X Lion release, which Apple has stated will be in July. 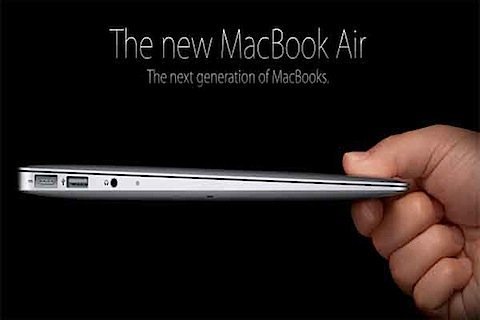 An analyst with Concord Securities has revealed that Apple has ordered over 300,000 new MacBook Airs and is depleting it’s current stock of Airs. They have been on sale at Best Buy and Apple has made a “final” order of only 80,000 computers. Also according to the analyst, Apple is ordering more 11″ models, than it’s 13″ model, citing that the 11″ is more popular.

The new MacBook Airs will feature the same sizes previously, but will include the new Sandy Bridge Core i processors. We’re assuming that they will only include the dual core i3 and i5, but it is possible that Apple will throw in an i7. However, in the past, the Air has been it’s lower cost computer, and I would think Apple would like to keep it that way.