Yet another overhaul to the Xbox LIVE UI is going to drop in the fall of 2011 and this time, its going to be based on the same Metro UI as seen in Microsoft’s Windows Phone 7 and the upcoming Windows 8, consisting of live interactive tiles. The new UI will also include a live TV option along, an integrated Bing search and a fully Kinect controlled dashboard which would allow users to make a voice search, both systemwide and online. 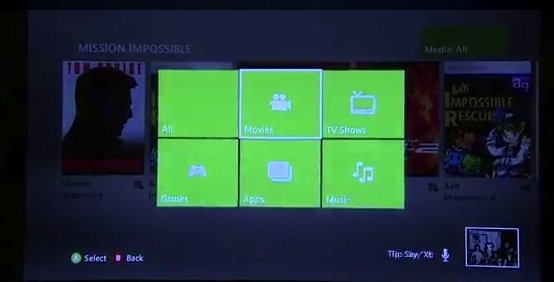 What Microsoft’s calling “You say it, Xbox finds it” is basically the deeply integrated voice search functionality inside the new Xbox LIVE UI. Just recently, Microsoft’s Marketing Director Craig Davison demonstrated this feature in a YouTube video saying, “We’re bringing in the intelligence of Bing into the search process”. Bing on Xbox will initially be available only in English in the United States, Canada and UK. Lets take a look at the small demo below: