Yesterday we posted about the upcoming iOS 4 bluetooth transfer app called Celeste, scheduled for release on cydia for all jailbroken iPhones, iPods and iPads sometime next week. A first look video of this greatly anticipated app has been published on Youtube which shows you how it can transfer music and photo files over bluetooth right from your iPod and Photos application. According to the developers, Celeste makes any songs or videos received over bluetooth on your iOS device, act exactly as if they had been bought from the iTunes store. 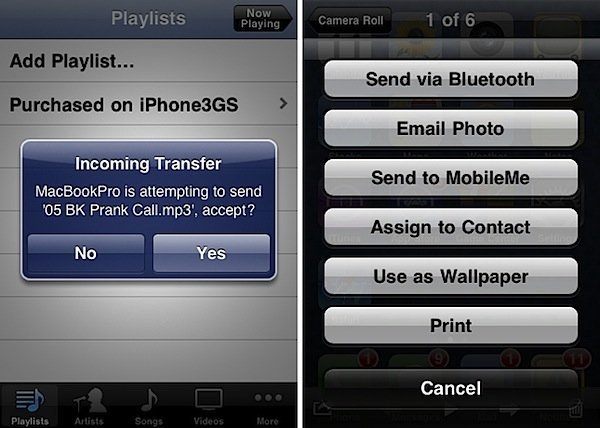 Check out the awesomeness in the following video: