Courier is one of those fanboy fantasies that was never officially announced but sparked a dream in the eyes of many. Why would Microsoft not want to work on such an excellent concept is something we might never understand, but it seems like they’ve faltered on the secrecy of the Courier project, considering the following jobs posting over at Microsoft Jobs Blog is real.

Do you already know everything about Project Natal and the Cloud? Is Blaise Aguera y Arcas’ jaw-dropping TED talk on augmented-reality Bing Maps and Photosynth last month’s news? Then check out some of the online chatter surrounding new releases of Window Phone 7 series handsets, Internet Explorer 9 and the upcoming Courier digital journal. 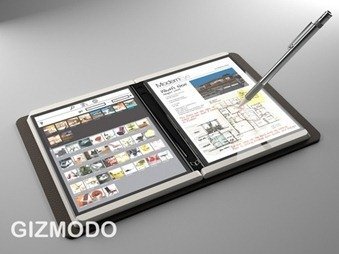 According to Gizmodo, Courier digital journal in the above jobs snippet pointed to Engadget, but the post has been edited to remove the mention of Courier since then. Now, you can either take this as a leaked bit of information and believe that the Courier is real, or think that all this was just a mistake by the job poster. We’d like to think it’s the former. Only time will tell.