What’s more shocking than Samsung’s claims that they haven’t copied Apple? Someone claiming that Mountain Lion copies Windows features. We all know that if Apple has copied any features with Mountain Lion, it’s from iOS and Apple aren’t ashamed to say that this release makes the Mac, iPad and iPhone work together better than ever. This is something that Microsoft only dreams to achieve with their ecosystem but has failed to do so in the past, except for in their concept videos. 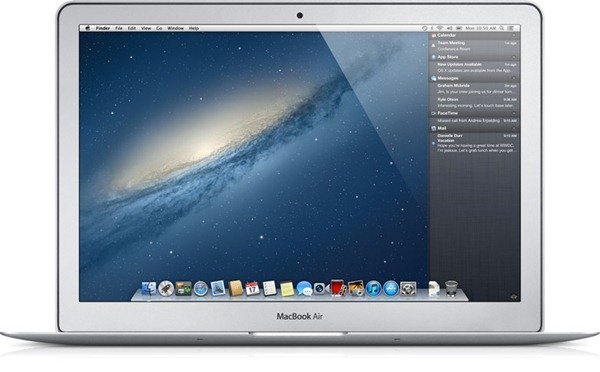 Our friend, Manan, who  is actually a MacBook Air user, thinks that Mountain Lion ‘rips off’ Windows features. This is not a joke and you can read his complete article here. After a brief interaction in Facebook comments where Manan asked me about why I think his article is misinformed, I thought it’s better to put it all in a blog post rather than in comments.

It all starts with Manan claiming that Mountain Lion as an update is just a few apps rolled into an OS.  Apple has a huge list of features here but let’s go through the specific points he has mentioned in his article and see what we think about them.

When Windows Vista came out, it had a feature called UAC. The Windows users didn’t mind it, the hipster Silicon Valley bloggers who don’t use Windows had a fun time making fun of it. Guess what happened in Mountain Lion?! Apple introduced UAC like protection in Mountain Lion. And it’s half-assed.

Well, let’s take a history lesson here. Apple had UAC like protection before Microsoft introduced it in Vista. Heck, even other variants of Unix and Linux had it way before. Of course, it wasn’t as intrusive as the UAC that Vista had, which, to be honest, was a major pain in the ass and completely crippled productivity. Now, Gatekeeper is nothing like UAC. It’s more like Microsoft’s SmartScreen filter for desktop apps. But, of course, Microsoft is coming up with it in Windows 8, which isn’t released to the public yet, so they must have copied it from Apple’s Gatekeeper, right? If we go with Manan’s logic through out the article, this must be true.

What Gatekeeper actually does it, it lets you block applications from sources other than the Mac App Store if you want, for maximum security. Since the list of apps in the Mac App Store is curated and each app is reviewed before publishing, users have a much higher chance of staying secure if they use it as their only source. Of course, technical users like us should know about this and can easily switch this to allow app installations from just any source at all. But with Gatekeeper, Apple has attempted to provide the average joe an environment similar to that of iOS – you only get apps from one reliable source.

It’s like SkyDrive. But for OS X. Without Office Web Apps.

This one ranks number one in the list of FUD in this article. SkyDrive is nothing like iCloud. It doesn’t even compete well against Google Drive yet if you pit them against each other, one to one. iCloud provides a complete backup and syncing solution for Mac and iOS devices as well as the apps installed on them while on the other hand, SkyDrive is simply online storage, and not a very good one either. Known the difference, Manan.

So far the only usefulness of Notification Center is the ability to tweet without going into the Twitter client.

You mean that a unified notifications center where you can come back later to catch up on what you missed, no matter the app is in your Dock or not is useless? Ok, I believe Manan was a part of the focus group which helped Microsoft decide that Windows 8/Phone 8 don’t need a notification center. That’s probably the same focus group which thought users don’t need screenshots feature.

Meanwhile, iOS, OS X, and Android all have notification centers and users love them.

The hipster Valley bloggers and Apple advocates love to mock Windows Vista, but, Apple seems to be inspired by it. Power Nap is a combination of SideShow and Connected Standby in Windows.

No one remembers what SideShow is because it was a failure that died its own silly death. Also, Microsoft’s Connected Standby is a rip off of iPad’s capability to stay up to date and provide the latest notifications when a user starts using them again. But oh wait, Microsoft didn’t copy the notifications center.

Oh wow, just wow. Apple was the first to market with Game Center in iOS. This is before Microsoft could put them in a few user’s hands through Windows Phone.

And Windows Vista and 7 had a crappy game center which was useless. Not sure what Manan’s point is here but I bet it’s funny like the rest of the article.

Clearly, iOS didn’t have anything like this. Oh, wait!

Weird. I thought Manan is well informed about Microsoft but even that’s not the case. Microsoft’s Service Packs have been a collection of bug fixes, security fixes, and performance improvements. Whenever Microsoft has actually released new features, they’ve labeled them as Feature Packs. Microsoft has released a few of these for both their consumer and server versions of Windows over the past but I’d like to see an example of either that actually provided so many features.

From this article, I’ve learned something about Microsoft fan’s logic. Microsoft releases a shitty OS like Vista and fixes it with Windows 7 (while only providing a few new features) and charges huge amounts for both, it is justified for the fanboys. But if Apple’s providing OS updates like Lion and then Mountain Lion (that’s a total of under $50 for both compared to $260 + $220 = $480 for Vista and 7), they’re scumbags.

Cool story, Manan. I see what you did there – or at least I tried to.