Apple released iOS 4.2.1 yesterday for all devices including the new Apple TV 2G and it appears that iOS 4.3 is already in the works which should make its way by December 2010, if certain strong rumors were to be believed. This will be a major update to the iOS and is expected to add an “app subscription” feature based on the fact that Apple will be launching an iPad exclusive ‘The Daily’ newspaper next month. 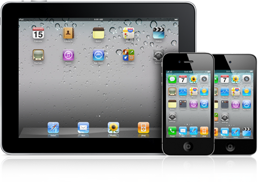 It is also being rumored about the release date of iOS 4.3 to be December 13th according to MacStories. iOS 4.3 should also include bug fixes and some initial issues found in AirPlay, however it is too early to say just yet. As for ‘The Daily’ newspaper project, it would require recurring subscriptions of the newspaper app for which an iOS update will be required to support it, and iOS 4.3 is suspected to be that update. Based on the release date rumor, Apple may announce the new update by December 9th, which is Thursday.

We all know the latest build of iOS 4.2.1 was jailbroken in less than 24 hours after its release. So, who knows the hackers may already be geared up for on iOS 4.3 jailbreak! What do you think?