We have already seen the release of Real Racing 2, Ultimate Mortal Kombat 3, Lara Croft & the Guardian Of Light & N.O.V.A. 2 today and if you think this isn’t enough, we have some more to share with you! Gameloft’s Shadow Guardian which is said to resemble the exclusive PlayStation 3 title Uncharted, has just hit the App Store and is available for iPhone, iPod touch and as a separate HD version for iPad. The game follows the adventures of Jason Call as he searches for a pair of dangerously powerful statues called the Prima Materia. The game combines shooting, climbing and puzzle solving in stunning 3D visuals that can match any console out there. 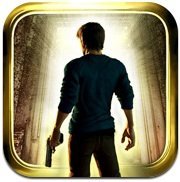 Check out the official iTunes description and screenshots below:

A new hero is born. His name is Jason Call, and this game tells his story.

The mysterious Prima Materia, a powerful and precious relic that has been at the center of occult legends for millennia, has become a real threat. Hidden in a remote temple, it is sought after by a group of dangerous mercenaries that want to acquire its power to enslave the rest of the mankind.

There is one hope, and it’s you.

Be ready to experience the most gorgeous and fascinating action-adventure game on the App Store thanks to next-gen shading effects and the highest level of graphical detail and animations ever achieved in a Gameloft game.

AN EPIC JOURNEY AROUND THE WORLD

Embark on an epic quest with an intriguing scenario. From ancient Egyptian ruins and underwater temples to the frozen Antarctic plains, explore the world and escape the enemy armies that are hot on your heels. Reach the Prima Materia first and save the world.

THERE IS NO TIME FOR REST

• A wide range of weapons available to fight plenty of enemies, from merciless mercenaries to undead creatures and gigantic bosses

• Jump, run, roll and use cover to progress through each detailed level

Shadow Guardian For iPhone And iPad is available on the App Store for $6.99 (iPhone) and $9.99 (iPad). Check out the game launch trailer below: