The classic arcade hit, NBA Jam Live has been ported to the iOS and is now available for download in the App Store. The game has been brought to the iPhone / iPod touch by Electronic Arts, featuring 30 NBA teams and all your favorite NBA stars as well as some secret players exclusive to the iOS version. The game also features unlockable legends from the classic arcade era with three different modes of gameplay which include Quick Play, Classic Campaign and local multiplayer mode over Bluetooth and WiFi. 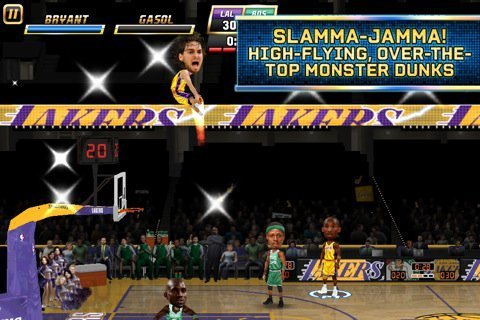 You can enjoy all the old school NBA Jam high-flying monster dunks with a virtual D-pad and some easy gesture-based controls. Check out the gameplay video below:

NBA Jam for iPhone / iPod touch is currently available on the New Zealand App Store for £2.99 / $4.99 and will make its way to the other stores in a few hours.