YouTube has introduced a new dark mode for app for iOS and Android. The new theme switches out the white theme in the YouTube app with a more darker variant, similar to the website’s dark theme on desktop.As per YouTube, dark mode for mobile apps was one of the most wanted features by users so it is good to see them listen to their user’s demands. If you have received the latest YouTube app update on your iOS or Android device, you should see a notification about the new experience when you open the app. Simply tap ‘turn on’ on this notification to enable the theme. 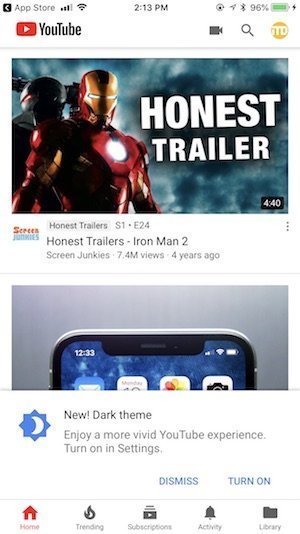 The app will look like the screenshot below. If you want to turn off the dark theme, tap on your profile picture on the top right, go to Settings and turn off the toggle next to Dark theme. 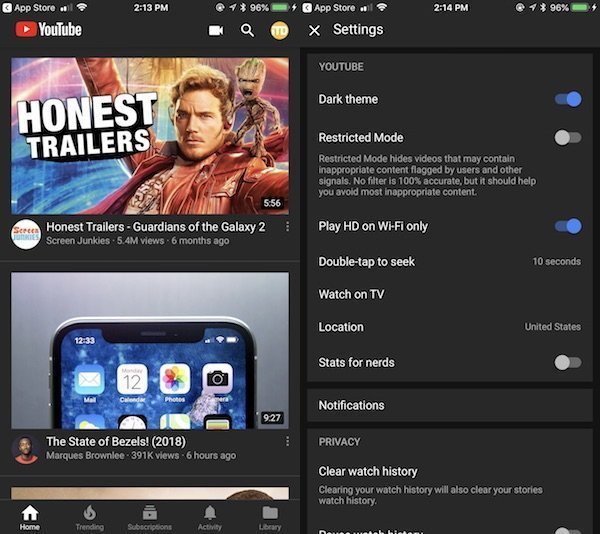 Once you get used to the new dark mode, it’s difficult to live without it. It simply makes for a much better experience while browsing channels and playlists in the app as well as watching videos.

Third party iOS and Android apps have been getting their own dark modes, despite the lack of native dark themes for built-in apps in iOS and Android operating systems. Reddit, Twitter and now YouTube have received the dark mode treatment. Some of my favorite iOS apps like Tweetbot and Overcast had introduced dark modes many years ago. Let’s hope that Apple is closely watching and working on a native dark mode for all first-party iOS apps too.