Apart from the home screen icon, 3D Touch does not work anywhere inside the app. Upon some looking, it seems like there is also a new hover button in the Requests tab for searching and viewing friend suggestions. 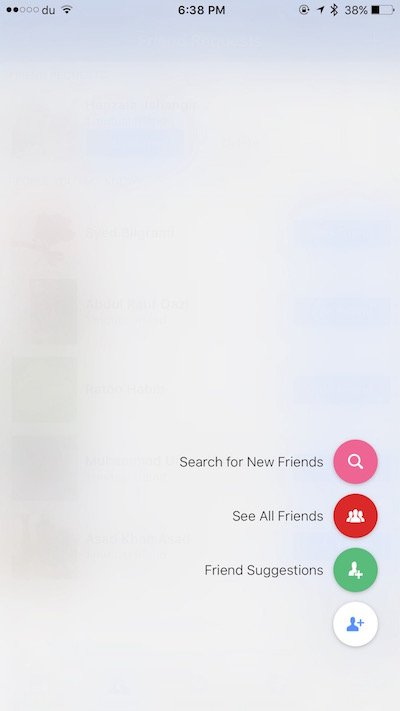