Facebook’s Messenger app for Apple Watch is finally available for download. The app was originally demoed as a demo app for watchOS 2 but Facebook took their time to release it to the masses. The update, version 38.0, is accompanied by iOS 9 compatibility, Spotlight search for contacts and conversations and multitasking support on iPad.

Facebook normally takes a long time to support new iOS features. Messenger had received iOS share extension support many months after the operating system was released to users. However, the wait for Messenger on Apple Watch seems to be worth it. The watchOS 2 based app has a lot of features (similar to BBM for Apple Watch), including sending and receiving replies via voice dictation or clips, sending likes, stickers and current location. All the current conversations are shown in a list so you can do a lot with the app without taking your iPhone out of the pocket. 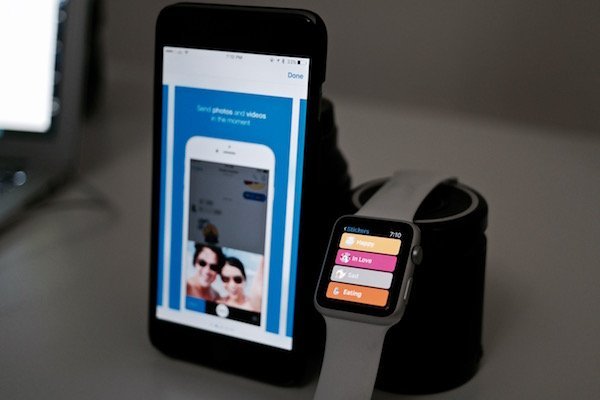 The app on iPhone also lets you set up to 6 default replies to quickly respond to conversations from your Apple Watch.

The app on iPhone and iPad also has support for Spotlight search but I have been unable to get contacts or conversations to show up in search results so far. iPad users would like the split view and slide over features which will provide quicker access to Messenger conversations.

Messenger is a universal app so the same download will work for iPhone and iPad and of course, Apple Watch.

Read next: WatchOS 2 list of native third party apps with support for complications