Facebook launched the Live Video feature for users back in December. This allowed all US based Facebook users to stream live videos to their friends and families. Users could also subscribe to live videos from other users and pages, to get notifications when they stream again. 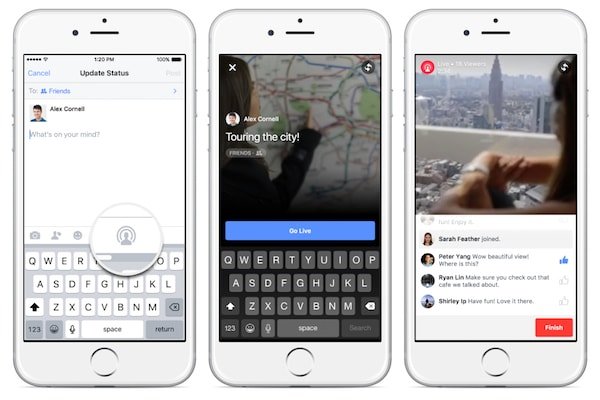 Facebook has started rolling out Live Video to all of its global user base. If you are an iOS user and have the app installed, check the status update box and see if you can find the Live Video button. Tap it, add a title and you can go live right away. The videos can be set to stream only to friends or to the public, following the same privacy settings as with text or image posts on the social media platform. Once the live stream is over, the video is saved and posted on the user’s Facebook Timeline to be re-watched again.

The Live Video feature roll out should be a warning sign for Periscope which already enjoyed global usage but in terms of number of users, it is unlikely to be able to compete with Facebook.

The feature is slowly rolling out and should be available to your Facebook app over the next coming weeks. Android users still have to wait for the feature to be added to their Facebook app.