Apple has seeded the fourth public betas for OS X 10.11.4 and iOS 9.3 to registered public beta users. The development betas for these builds were released yesterday with minor updates and performance improvements to both OS X and iOS. 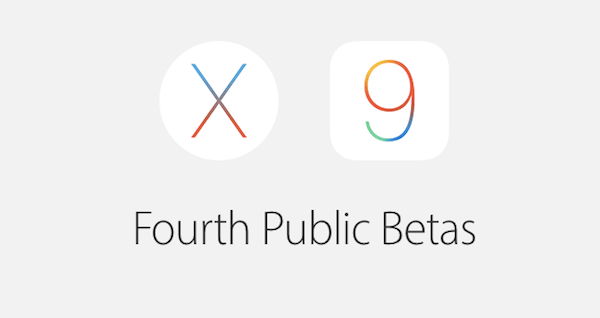 iOS 9.3 beta 4 has been found to bring performance improvements, a new Night Shift icon, tweaks to Apple Music and a bug fix for the issue which could brick your device if you set the date to January 1, 1970. Overall, iOS 9.3 contains updates to built in apps such as Health, Notes, News, extended 3D touch support for almost all built in apps as well as new features targeted towards education. You can read about all these features in details in our coverage here.

On the other hand, the new OS X 10.11.4 beta does not contain any visible changes, apart from the usual bug fixes and stability enhancements. If we come across anything new, we will update this post with our findings.

The update is available over the air for existing beta users. To check for the update, go to Settings > General > Software Update or Updates tab in Mac App Store, on your iOS and Mac respectively. If you are not a public beta tester, you can head over to Apple’s Public Beta Software Program website and sign up to download the betas. As a rule of thumb, always make sure that you do not install a beta on your primary devices and also take back ups as precaution when ever you update.