Slowly but steadily, Facebook app for Android has been improving with every new release. Gone are the days when iPhone users could laugh at Android users because their Facebook app was crappy. It still isn’t as full featured as its iPhone counterpart but Facebook App 1.5 for Android has a few new features and bug fixes that make it more useable than ever before. The last update brought Places, Groups and improved notification support to the Android App and now chat has finally arrived with version 1.5, years after its iPhone counterpart. Push notification support is also there now so that you can be notified in almost real time of anything happening on Facebook.

Apart from these new features, the bug fixes have improved the loading speed of thumbnails in newsfeeds and profiles has also increased. Viewing photos in the app is still very slow. Hopefully that’s on the list for the next update 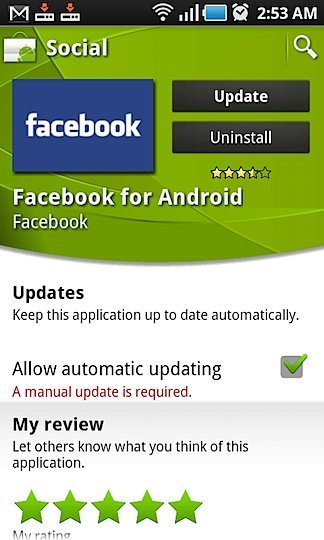 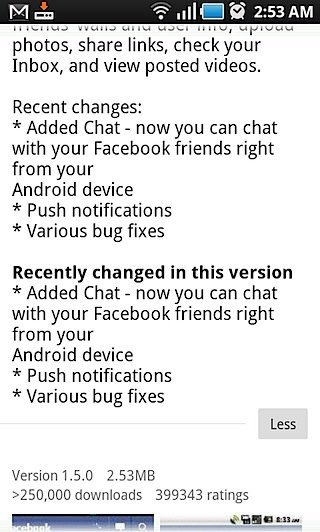