Facebook has been in strife with Apple over the newly released App Tracking Transparency (ATT) feature on iOS 14.5. As per the updated privacy feature, all apps have to ask for users’ permission via a prompt to track their online activity across third-party apps and websites which inherently impacts the developers’ ability to show personalized ads. After strongly and publically criticizing the ATT feature, Facebook says that the impact of the new privacy update will be manageable.

The social media company’s executives commented on ATT’s impact on the platform’s advertising business at its Q1 2021 earnings calls. Earlier this week, Facebook reported a strong first-quarter due to a hike in ads’ prices. with a 12% Y-o-Y increase in the number of ads, the company saw revenue of $26.17 billion because of 30 percent increase in price per ad. The company’s CFO Dave Wehner said that “we expect that advertising revenue growth will continue to be primarily driven by price during the rest of 2021.”

As per a ZDNet report, Wehner believes despite the impact new ATT update likely to appear in Q2, the company expects “increased ad targeting.” Acknowledging the challenges poses to personalized ads, COO Sheryl Sandberg said that they had been preparing for the changes by working with the customers “to implement Apple’s API and our own aggregated events measurement API to mitigate the impact of the iOS 14 changes.”

She also added that Facebook is working to revamp its targeted ads business model by collecting “less data in the future” and is collaborating with W3C “on initiatives like privacy-enhancing technologies that provide personalized experiences while limiting access to people’s information.” 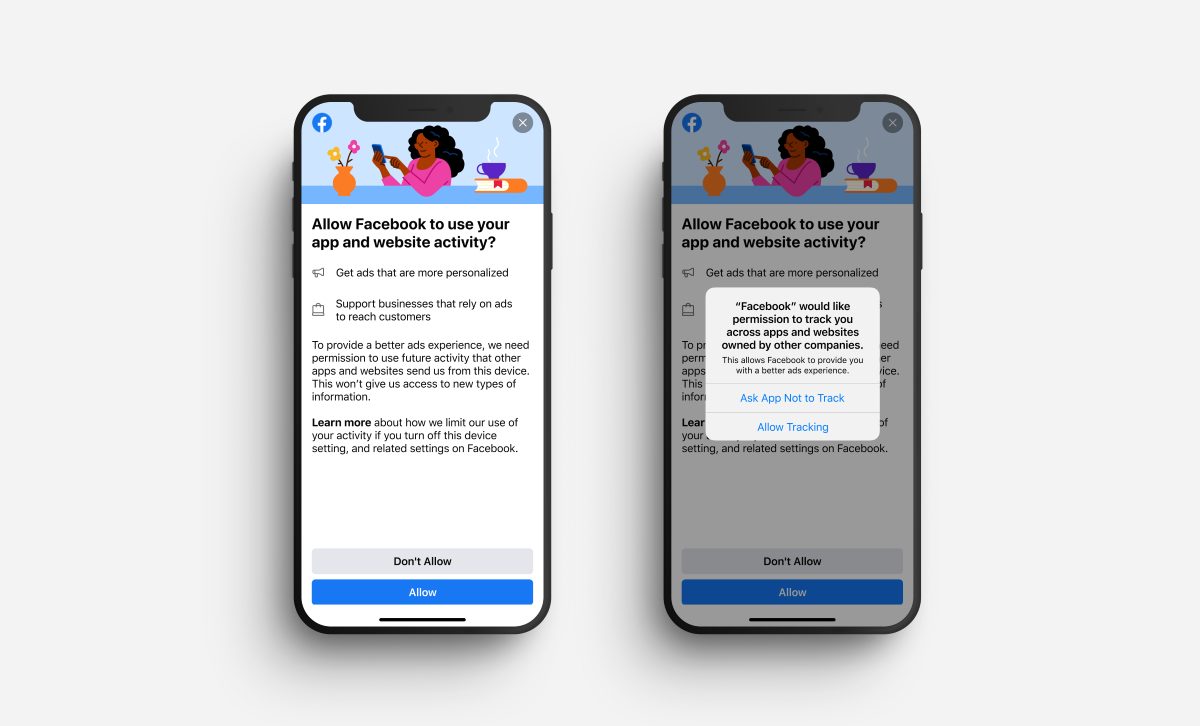 Wehner further explained that “the impact on our own business we think will be manageable. The goal is to maintain and, in the long run, even improve [ad] performance with less data.” He continued:

“Overall, the impact of these specific iOS 14 changes are one element of some of the challenges with Apple, but we think the impact of the Apple approach is really much bigger than this particular update. Apple has a number of private APIs on hardware and software that advantage their own products and services in ways that are challenging. We face that issue in places like our messaging products, and even with the hardware products we’re launching. So we generally don’t think this closed approach is the best one for the industry from an innovation perspective.”

After Facebook failed ad campaign to gain public support against Apple’s new privacy feature, the company had changed its narrative. In an interview, CEO Mark Zuckerberg said that the App Tracking Transparency feature might be beneficial for e-commerce on Instagram.