It was reported earlier that Facebook is planning to merge Instagram, Messenger, and WhatsApp. Now that Instagram and Messenger have been merged, there is some news about the integration between WhatsApp and Messenger as well.

In 2020, it was discovered that Facebook’s Messenger app contains hidden code that can display WhatsApp chats inside the app. Though the feature is not functional at the moment, the Italian leaker Alessandro Palluzi was able to deceive the Messenger app into thinking a regular chat was a conversation with another WhatsApp user. 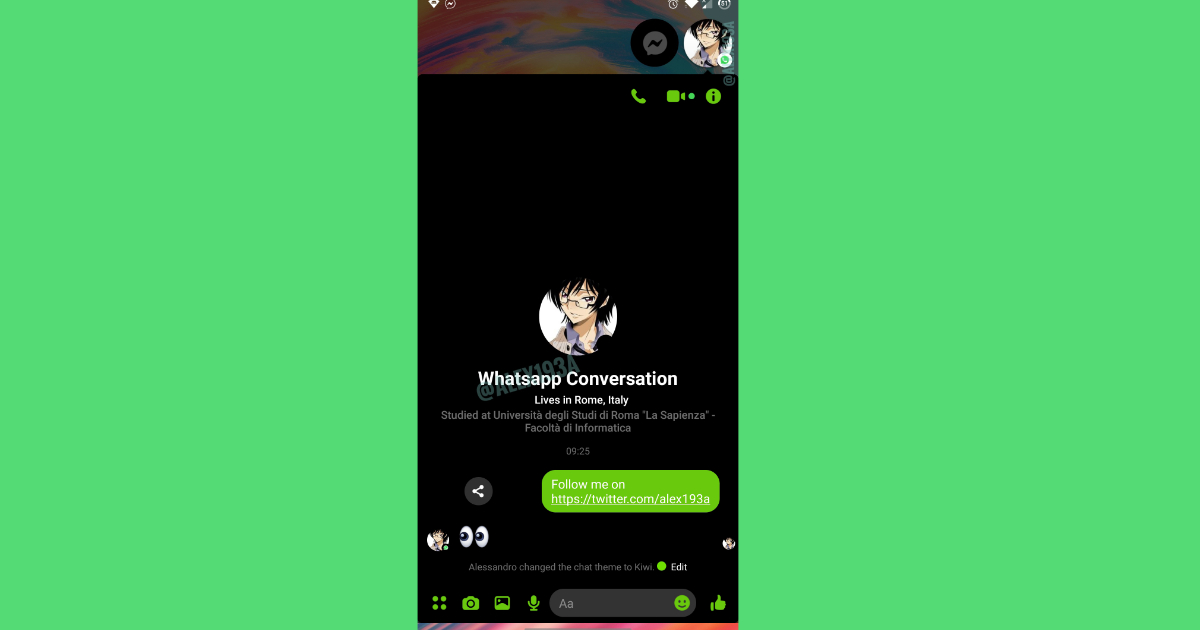 Currently, it is not possible to use the two platforms as one, but Paluzzi did manage to force a thread to be recognized as a WhatsApp conversation to show users how the feature might look in the future. The chat interface looks exactly like a regular Facebook chat with the exception of a small Whatsapp logo on the Chat Bubbles interface to indicate that the chat is with a WhatsApp user.

The leaker notes that the connection between WhatsApp and Messenger will be optional as it is currently between Instagram and Messenger. WABetaInfo says that “several features that have been already implemented on Facebook Messenger might likely come in WhatsApp too.”

While Facebook’s efforts towards bringing cross-device messaging on multiple devices are currently in progress, we do not know if the company will roll out cross-platform communication between WhatsApp and Messenger users in the near future.