The app has been developed by Facebook’s R&D group, NPE Team, and is currently available for testing only in the United States.

Facebook CatchUp is a mix of FaceTime and Houseparty

CatchUp is different from other apps in the same category. Users can set their present status as “Ready to Talk” or offline so that friends and family members know about their availability before calling. The app does not ask for a Facebook login and works with your phone’s contact list, much like WhatsApp. 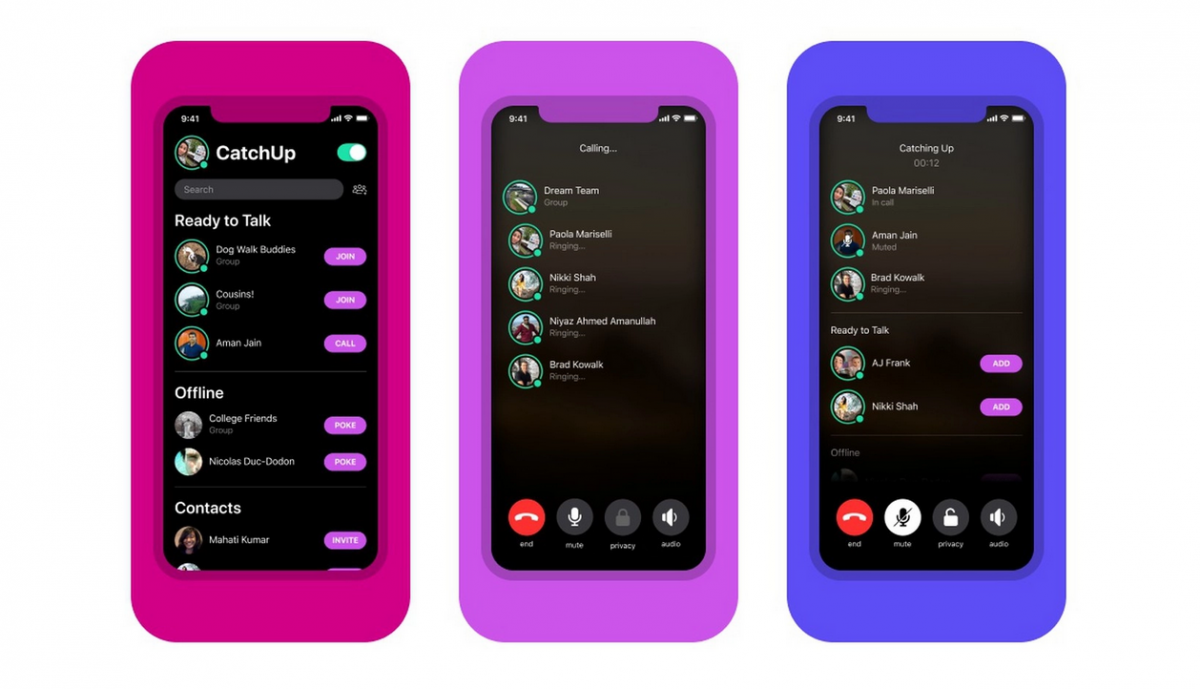 “Catching up has never been this easy. See who’s available and effortlessly join one-on-one and group calls. Never play phone tag or make an appointment to call someone again. Keep in touch more, think about it less. Any time you’re free to talk, CatchUp!”

Facebook’s studies showed that one of the reasons that people don’t call friends or family often is because they do not know when they are available to talk. CatchUp aims to fix this issue, however, WhatsApp also solves this issue by showing users as online when they are using the messaging app.

According to TechCrunch, the company appears to have taken cues from Houseparty, another popular chatting app. The interface is similar to the Houseparty app’s design as it also lets users see who is currently online in the app, by sending out a notification to friends. Facebook’s CatchUp is also made to allow people to make phone calls based on other people’s availability.

No matter what problem Facebook is trying to solve here, it already has an abundance of voice calling solutions available for customers in the form of Messenger, Instagram, and WhatsApp. It also recently introduced Messenger Rooms to allow users to create group calls with up to 50 people at a time. The company claims that CatchUp was already in development prior to the start of the pandemic but its release was sped up due to social distancing measures.

Catchup is currently available in the United States for iOS and Android users. As this is an experimental app, Facebook could discontinue it if does not gain traction.