With the launch of the iPad it was anticipated that  Facebook would soon support the HTML 5 video format rather than continuing its old Flash video format which is not supported in iPad. But now iPad,iPhone and iPod touch users can watch the Facebook videos. Initially it was reported that Facebook has shifted to HTML 5 for serving videos to iDevices but that’s not true. 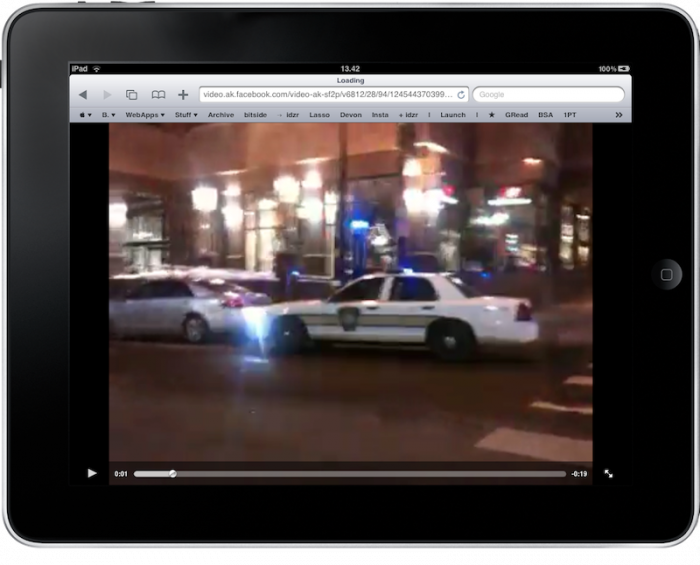 But later readwriteweb found out in their tests that Facebook is not using HTML 5 to stream videos but instead transcoding them to MP4 format which is compatible with Apple devices.

In our tests this morning, it appears that Facebook isn’t actually using HTML5 to display the videos. Instead, what appears to be going on is that Facebook.com is detecting that you’ve arrived to the website via the Safari web browser on the iPad. When you then attempt to play a video on the iPad, it doesn’t play inline (something that would have been a clear confirmation of an HTML5 implementation). Instead, Facebook is linking out to the actual video, transcoded to MP4, a video format that plays on Apple devices.

We confirmed this by uploading a video file to Facebook in WMV format (a non-iPad compatible video format) and then attempting to play it on the iPad. It played as an MP4 file.

Well whatever the case is , whether these are transcoded videos or HTML 5videos the good news is that Facebook videos are now compatible with iPad. Still, this implementation of transcoded videos is in initial phase and not available for all videos as readwriteweb reported.

We went to one user’s News Feed (belonging to our own Marshall Kirkpatrick, in fact) and discovered he had uploaded two video files last night using iCamcorder. On the iPad, the earlier video played, launching as a full-screen MP4. The other, when clicked, informed us that we needed Flash in order to view it.