Facebook’s Oculus division is building a new version of its Quest standalone VR headset, but it is facing potential delays due to the ongoing pandemic impacting product development and supply chain.

Oculus Quest is the company’s mid-range VR headset which does not require users to connect to a smartphone or PC. The current model stands at $399, and is cheaper than Facebook’s Rift S, its most powerful headset, which requires being connected to a computer.

The social networking company is working on multiple devices which can succeed the Quest. There are several models in advance testing, some being smaller and lighter with faster image refreshing for more realistic content. These headsets will also have redesigned controllers.

Facebook acquired Oculus in 2014 for $2 Billion. Mark Zuckerburg predicted that people would use VR technology to connect online via immersive video games and other forms of 3D entertainment. Millions of people stuck at home are indeed using VR to stay connected with shared experiences.

Sources told Bloomberg that the company is yet to finalize which version of Quest will be released, making it clear that the final product could be different from what we know right now. Facebook planned to launch the new model by the end of 2020 around its Oculus connect conference, but the headset might be delayed due to the pandemic.

Other Improvements Coming in Quest

Facebook is testing the removal of fabric from Quest’s side, and replacing it with plastic like the current Oculus Rift S. Changing the strap material is also under consideration.

Some versions in testing are 10%-15% smaller than the current Quest, which will make it lighter and more comfortable to wear. The existing model weighs around 1.25 pounds, which is heavy for some users to wear for extended periods of time. The current models in testing are close to a pound. The company could sell the product alongside the current Quest or replace it altogether.

Facebook was the number 2 seller for VR headsets in 2019 after Sony, with around 28% shipments 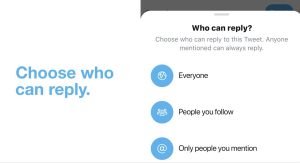